Here’s more on this story from Fox News:

According to the Intercept, Hunter’s investment company in China, known as Bohai Harvest RST, invested in Face++, a technology used by the Chinese government to introduce a mass surveillance state and spy on its citizens.

The technology has been used to spy on Muslims in China’s western province of Xinjiang, where an estimated 1 million Muslims are held in “re-education” camps, providing authorities access to data that shows personal information such as their religious activity, blood type and usage of utilities.

The company also consists of a network of other funds that make other investments, making Hunter Biden an influential businessman in China, according to the outlet, which somewhat explains Bohai Harvest’s dependence on an international subsidiary of the state-owned Bank of China to finance its investments.

The revelation comes as Biden caught flak on the campaign trail after expressing lack of concern over China as a global competitor to the U.S. and mocked those taking the Chinese threat seriously at a rally on Wednesday.

“China is going to eat our lunch? Come on, man!” Biden exclaimed. “The fact that they have this great division between the China Sea and the mountains in the East — I mean in the West. They can’t figure out how they’re going to deal with the corruption that exists within the system. They’re not bad folks, folks. But guess what, they’re not competition for us.”

[NEW VIDEO]: This week I tried to convince people at the Hollywood Boulevard Walk of Fame that TRUMP IS NOT THAT BAD! It definitely got interesting.

The results may surprise you!

Steve Straub
Steve has been involved in national politics for over 20 years and helps run one of the largest conservative opinion and analysis sites in the country.
Truth About BLM Democrats and the Media Want to Hide, Summed Up by One Cartoon
Chicago Mayor Lori Lightfoot Tries to get Away With Murder, Blames ‘Covid’ for Spiking Murder Rate
DHS Sec Wolf Rips Dem Mayors Over Violence, Choosing to Keep Cities "Unsafe and Dangerous"
Liberal Lunacy on BLM, Antifa and ‘Fascism’ Summed Up By One Cartoon
Brutal Cartoon Shows The Monument to the Past That We'd All Like to See Toppled
See more... 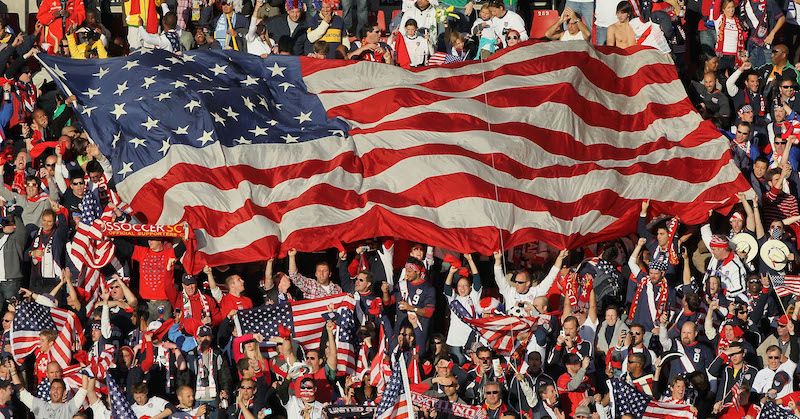 Chicago Mayor Lori Lightfoot Tries to get Away With Murder, Blames ‘Covid’ for Spiking Murder Rate