President Trump said on Tuesday he was looking at imposing sanctions on Turkey over its purchase of a Russian missile system, blaming his predecessor for not selling Ankara a U.S. missile system.

Sitting alongside French President Emmanuel Macron, Trump was asked whether he would issue sanctions on Turkey over the purchase of the S-400 missile system.

“We are looking at it now, and we’re talking about it now,” he told journalists.

“As you know Turkey wanted to buy our Patriot system and the (former U.S. President Barack) Obama administration wouldn’t let them, and they only let them when they were ready to buy another system.”

Macron added ““And just on Turkey, to be clear, we have a lot of cooperation with Turkey on security, trade, migration, with the European and France. I do respect all leaders, whatever they can say, even bad things about myself. I respect — but now it’s a question for this NATO summit, I think we need clarification from the Turkish side.”

“But I do believe at least we have two clarifications to be asked. How is it possible to be a member of the alliance, to work with our office, to buy our [inaudible], to be integrated and to buy S-400 from Russia? Technically, it is not possible,” Macron emphasized.

“There are clarifications to be provided by the Turkish president as far as he wants to be part. Second, I understand from Turkey that they want to all the declaration of the summit if we do not agree about their definition of terrorist organizations, qualifying YPG and the others as terrorist groups, which is not our definition.”

“These two points have to be clarified if they want to be a serious member of the alliance. I think so,” Macron concluded.

Watch the whole thing, via CNN:

Should Turkey be kicked out of NATO for purchasing a Russian defense system? 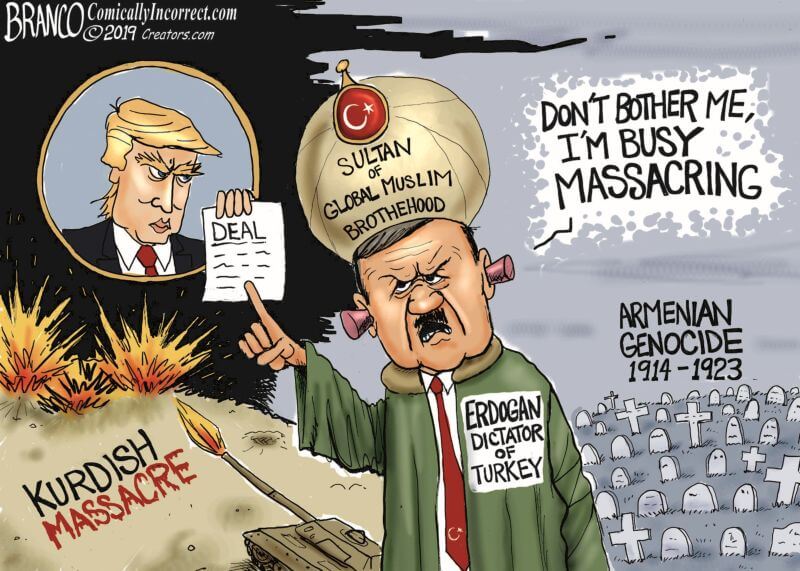