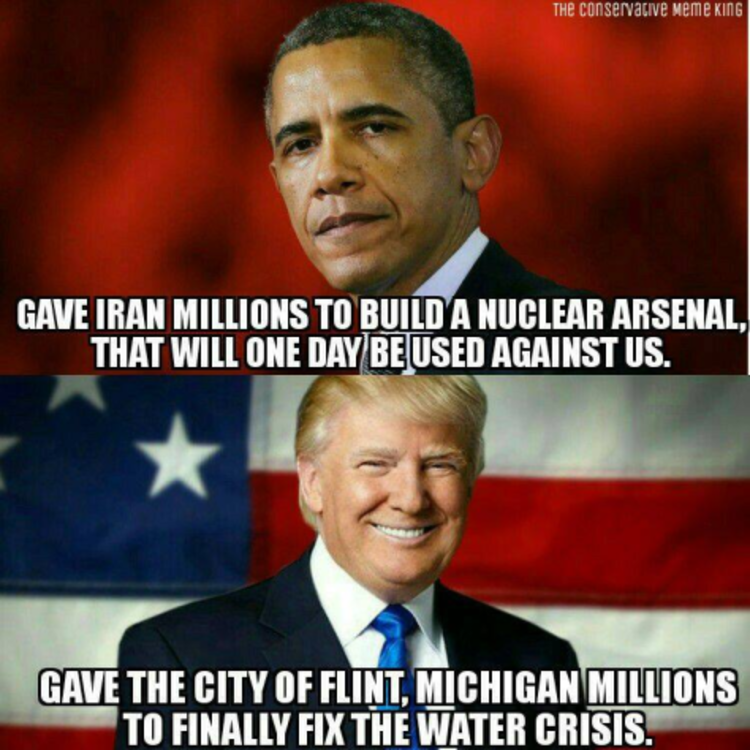 C.E. Dyer reports President Donald Trump’s Environmental Protection Agency has given a huge grant to assist in implementing the infrastructure upgrades necessary in Flint, Michigan after the massive water crisis.

The U.S. Environmental Protection Agency has awarded a $100-million grant to the Michigan Department of Environmental Quality to fund drinking water infrastructure upgrades in Flint, funding that had been approved by Congress and former President Barack Obama late last year.

Provided by the Water Infrastructure Improvements for the Nation Act of 2016, the funds awarded Friday, March 17, are designed to allow the city to accelerate work to replace lead service lines and make other infrastructure improvements, including upgrades to Flint’s water treatment plant.

The federal award to Michigan comes a month after the state backed Flint Mayor Karen Weaver’s proposal for spending the money as well as $20 million in matching funds from the state.

Weaver expressed in a statement that she is “excited and very grateful to receive these much-needed funds.”

“The city of Flint being awarded a grant of this magnitude in such a critical time of need will be a huge benefit,” the mayor noted. “As we prepare to start the next phase of the … pipe replacement program, these funds will give us what we need to reach our goal of replacing 6,000 pipes this year and make other needed infrastructure improvements. We look forward to the continued support of the EPA and federal government.”

Gov. Rick Snyder also discussed the funding in a statement: “Combined with the nearly $250 million in state funding already allocated, this will help keep Flint on a solid path forward.”

Snyder’s statement continued: “It’s great to see federal, state and local partners continuing to work together to help with infrastructure upgrades and pipe replacements for the people of Flint.”

The EPA’s Drinking Water State Revolving Fund has given $32.5 billion to states to upgrade their infrastructure over the years according to the EPA. The WIIN funding will serve as a supplement to this program.