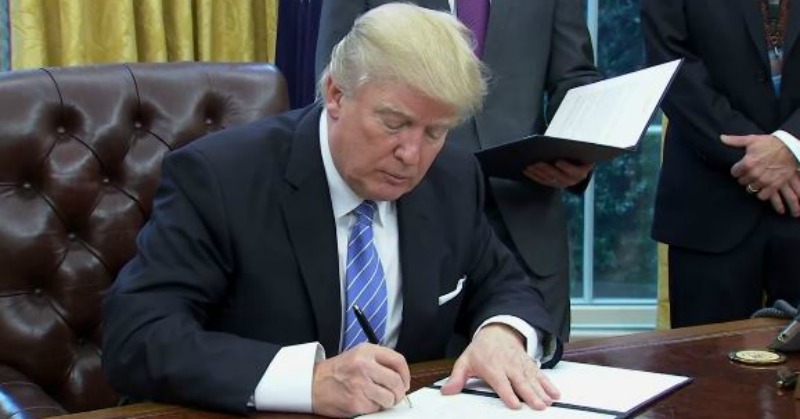 Just over one month into his administration, President Trump is well on the way to undoing some of Barack Obama’s most nefarious rules.

Now, he’s turning to the Second Amendment and dismantling one of Obama’s most reviled rules – the executive order that adds certain social security recipients as “prohibited persons” from buying a gun if they state they can’t manage their own finances.

There was no investigation required, and if they wanted their Second Amendment rights back, they had to prove they didn’t pose a threat to public safety. Because you can’t prove a negative, they would be simply added to the list if they met the criteria. It would have affected about 75,000 Americans.

This complete stripping of a Constitutional right from Americans was met with horror by both the National Rifle Association, the ACLU and mental health experts. From The Truth About Guns:

First and foremost it was restricting a Constitutionally protected right (to keep and bear arms) without due process. For other mental health related NICS denials there’s usually a judge involved at some point but this was pure bureaucracy in work. Second was that it unfairly slandered those with mental health issues as “dangerous” which is incorrect, and forcing them to lose their Second Amendment rights would keep them from seeking help.

Susan Mizner, senior attorney with the disability rights program at the ACLU, said that people with mental illnesses are more likely to be victims of violence, CNN reports.

While proponents of the rule argue that it only affects a limited group, opponents say that it unfairly targets the wrong people.

“75,000 people a year is a lot of people in my book,” Mizner said. “And these are people who are already at the bottom of our social status. We don’t need to kick them anymore.”