Watch as President Trump blasts Biden over statues and monuments saying that if Biden was President they’d be knocking down the Jefferson Memorial:

Trump is right on this.

The radical left is firmly in control of the Democrat party and if Biden wins expect the monuments that have come to symbolize America to disappear.

Say good by to the Jefferson Memorial, the Washington Memorial, Mount Rushmore, and more if BLM/Antifa/Democrats get their way.

KILMEADE: “We are in a war on history. They want to take Jackson statue out of New Orleans,. Without the battle of New Orleans, it’s not the same country.”

Hey, it’s going over a little bit around the world now. They want to remove the statue of Gandhi. Okay? All he wanted was peace. They want to take down Ulysses S. Grant. Well, he’s the one that stopped the Confederates, right?

You know, he was a great general, he turned — nobody’s stock went higher than his stock over the last 10 or 15 years.”

KILMEADE: “But do you understand — how we look at Thomas Jefferson, we look at George Washington, James Monroe, James Madison, one thing they had, they were brilliant, they also had slaves. So how do we grow as a country, but yet not forget our past?”

But you can’t take down George Washington’s statue — and half of our country is named after Washington.

You can’t — we have to remember the heritage that — the culture of our country. And, you know,this is less important, but it’s very important.

Some of the things that they are trying to destroy are magnificent pieces of art.

Have you ever seen an area where a statue was removed and you look at the area and they put blacktop over the top of it, they put asphalt over the top and that’s the end?

And it was the center of a town or a village, and now the statue is gone. And the whole village is like a different place.

And here’s the other problem I have. A lot of these people that want it down don’t even know what they are taking down.

But they started off with the Confederate and then they go to Ulysses S. Grant?

Well, what’s that all about? And they would knock down Lincoln, there is a group that wants to take down Lincoln.

They haven’t figured out exactly why yet. George Washington. Thomas Jefferson.

I have stopped them twice now from going over to the Jefferson Memorial.

If I weren’t president, if a guy like Biden was president, they will knock down the Jefferson Memorial. Not going to happen.” 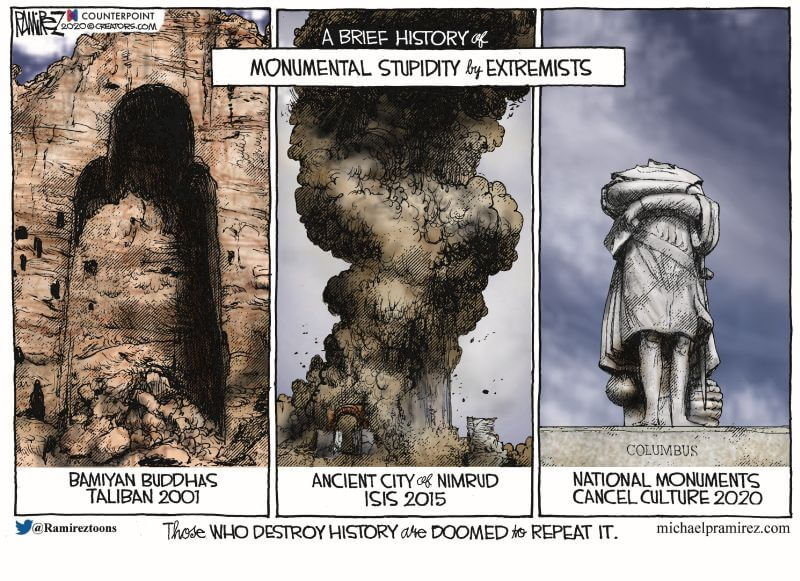 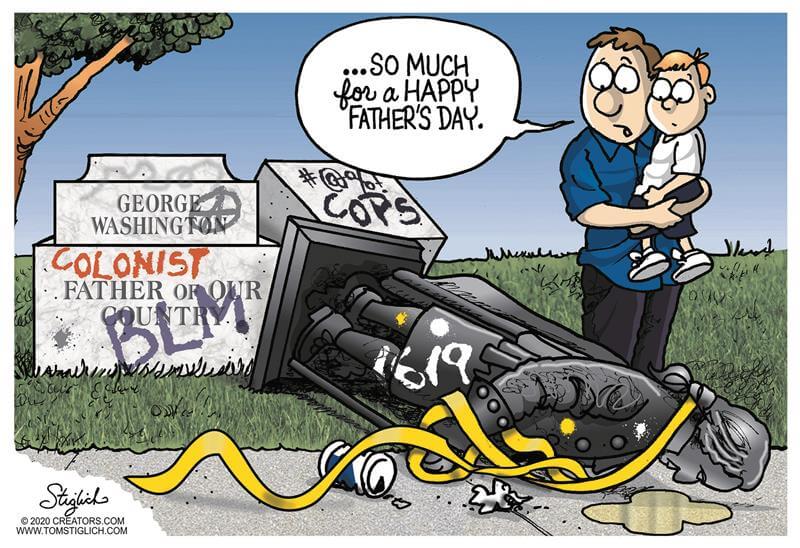 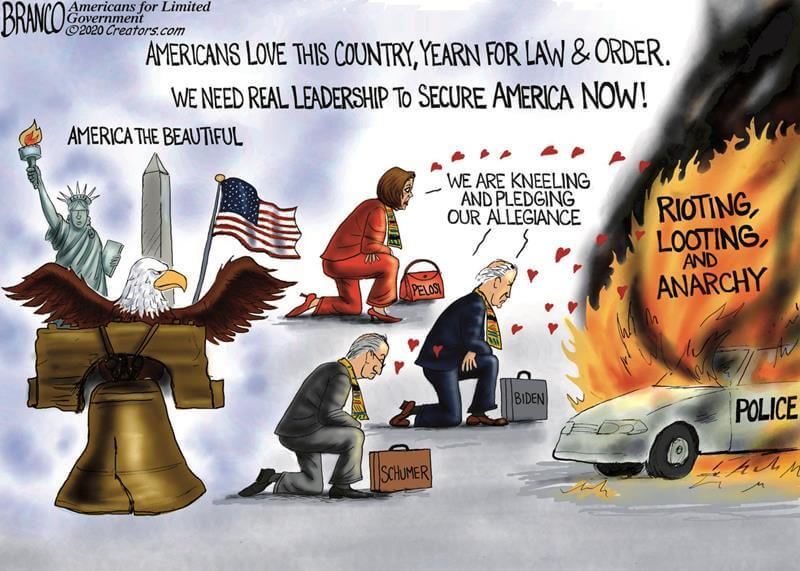