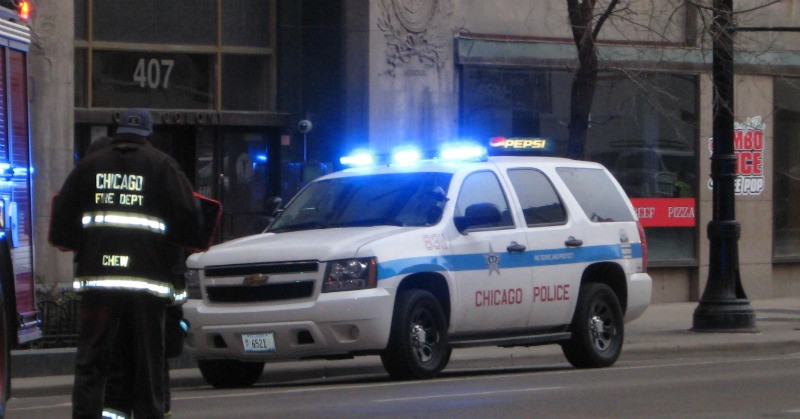 As President-Elect, he said that if the Windy City can’t clean up their act, maybe he should send in the cavalry.

Chicago murder rate is record setting – 4,331 shooting victims with 762 murders in 2016. If Mayor can't do it he must ask for Federal help!

And four days after becoming president, he got even more serious, this time saying if Chicago doesn’t fix things, he will send in the feds.

Now, President Trump is making good on his threats. He has sent in federal agents to form a “Gun Crime Strike Force” to work with the city’s law enforcement to get a handle on the gun crime.

He’s been slowly sending in ATF agents, but this week added another 20, The Daily Mail is reporting. It’s so bad that even Mayor and Obama acolyte Rahm Emanuel said they “welcome” any extra federal help they can get.

“We have received no word from the federal government to confirm these reports, but it would be welcome news if the administration has indeed agreed to one of Mayor Emanuel’s requests for federal resources,” Emanuel’s office said in a statement Friday.

An ATF spokesman wouldn’t comment on the deployment specifically, but said they’re definitely trying to help the Windy City.

“ATF is exploring various options as we are committed to furthering law enforcement efforts in Chicago,” the spokesperson added. “One of those options is to send additional agents to Chicago on permanent transfers. ATF is still early in the process of developing strategies and will be prepared to discuss these options further once plans are finalized.”

ATF headquarters in Washington sent out a bulletin to all field offices looking for agents to volunteer for permanent transfer to Chicago.

In the bulletin, they noted there have been 4,386 shootings and more than 750 homicides in 2016 alone, which is a 58% increase over 2015. It goes on to say, “ATF is committed to helping Chicago law enforcement partners to prevent and reduce these violent killings and assaults.”

Emanuel said in addition to the ATF agents, he would also like Drug Enforcement and FBI agents to help with the crime that has crippled the city in recent years.

Mr. Mayor: I’ll bet you get what you’re asking for.