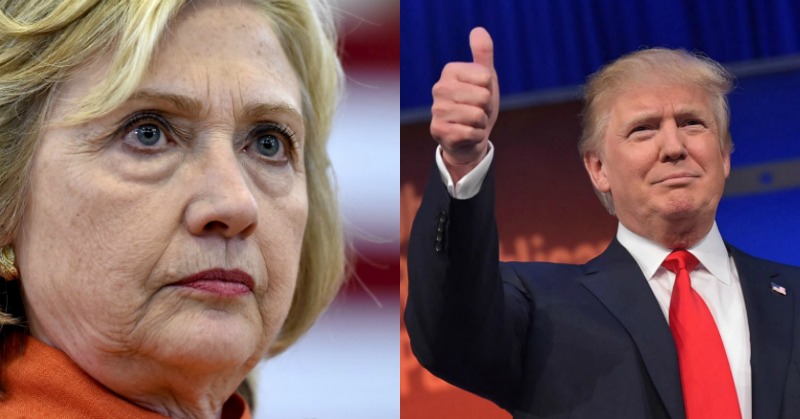 Donald Trump has opened up his widest lead so far in the election, according to one poll.

This is outside the polls’ margin of error and his biggest lead since late September.

Even more importantly, the trend lines are pointing in Trump’s direction in that poll.

Since Oct. 24, Trump’s numbers have been consistently rising.

Most of the polls show the race tightening. The RealClearPolitics average shows Hillary with a minuscule 1.8 percent advantage in the polls. That particular site aggregates several recent polls, all of which recently show a one, two or three-point race.

The Los Angeles Times poll though has regularly shown Trump ahead. But that’s because the poll doesn’t operate the same way the other ones do.

Why is the LA Times poll different? Well, the most important thing to know is that it tends to be the most accurate. During 2012, the poll predicted that Obama would win re-election by 3.32 percentage points and he won by 3.85.

And by that measure, Donald Trump is winning.

It’s always important to remember that the presidential election is won state-by-state and not by the popular vote (Sorry President Al Gore), but in some of the most important battleground states, Trump is in a statistical dead-heat with Hillary Clinton.

In Colorado, the race is tied at 39 percent each.

In Michigan and New Hampshire, the race is also tied at 44 percent each.

And in all-important Pennsylvania, it’s also tied up at 46 percent each.

Florida’s going to be a tougher one. The latest Fox poll shows Clinton up but only by 1.2 percent.

Three days left, and it all depends on enthusiasm and turnout.