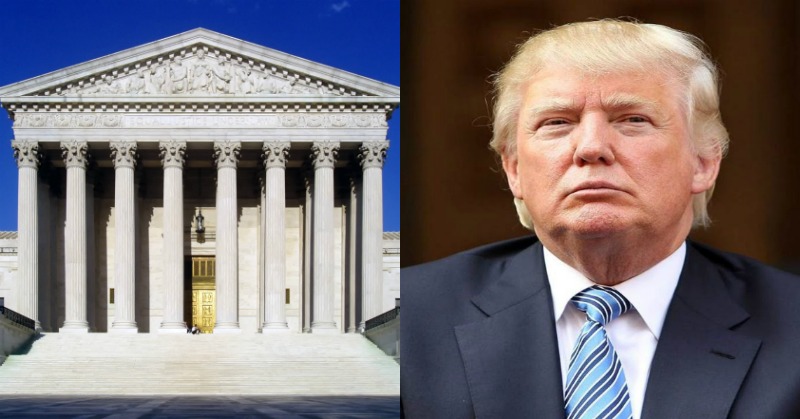 The Democrats’ beloved “nuclear option” may soon blow up in their faces as President-elect Donald Trump and a GOP-controlled Congress may use the option should the Democrats try to filibuster a Trump Supreme Court nominee.

But the Trump team is still plotting for a possible climb that includes picking off at least eight Democrats, a tall order by any measure, much less a vacant seat on the Supreme Court.

The 60-vote bar has been somewhat informally set by Senate Minority Leader Chuck Schumer himself, who told MSNBC last week that he would “absolutely” do all he could to keep the Supreme Court seat open.

Senate Republican leaders are holding their cards tight when it comes to possibly breaking a filibuster by simply rewriting the rules to only require 51 votes to end the debate — a move known as the “nuclear option.”

“Today was really about talking about our legislative agenda, but also meeting with members of the Senate to get their input on the president’s decision about filling the vacancy on the Supreme Court,” Pence explained to reporters last week.

“The President-elect made very clear today we do expect — he’s not yet made a decision — but we’re in the process of winnowing that list now,” Pence said.

After a meeting with the vice president-elect, Sen. Joe Manchin said, “I’ve pretty much been a West Virginia Democrat,” and declined to say that he would go along with other Democrats in an effort to block a Trump nominee to the Supreme Court.

Montana Sen. Jon Tester, a Democrat that Republicans would surely like to get on their side, noted that he has an open mind about Trump’s judicial nominees: “I’ll take a look at that list.”

Recently, Trump noted that his list of potential Supreme Court nominees has 20 names on it. Trump also has conservative judicial experts with the Federalist Society and the Heritage Foundation at the helm advising him about this critical decision.

Republicans need 60 votes to thwart a Democrat filibuster and are at this point eight votes away from that threshold, but as CNN reported, some Democrats are up for election in 2018 and that could change things.

Moreover, the nuclear option is on the table should Republicans choose to use it, and as CNN pointed out, Democrats have done some things in the past that could answer the question of whether or not an elephant ever forgets:

But a top Senate Republican aide warned that Supreme Court fights have always been vicious and that Republicans have a long memory of all the times they have been stifled by Democrats.

“They made a term for it: Borked,” said the Republican staffer, a reference to Robert Bork, who’s nomination was squashed by Senate Democrats three decades ago — ultimately paving the way for Justice Anthony Kennedy to join the court.