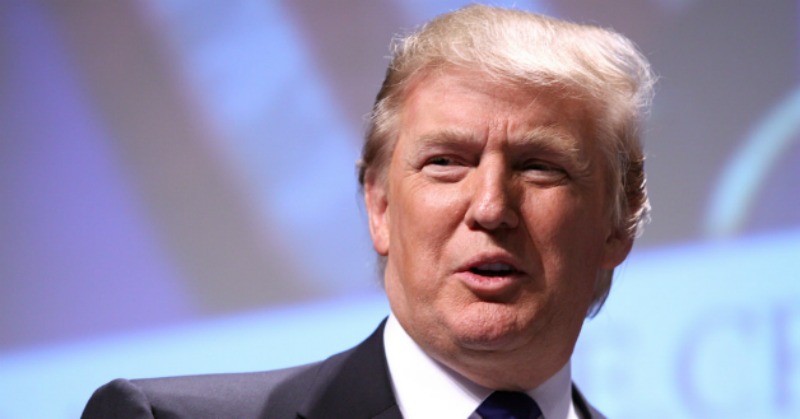 On the popularity front, the news just keeps getting better for President Trump.

On the heels of his widely praised speech before a joint session of Congress, the president’s approval rating rose two points and now stands at 53 percent. 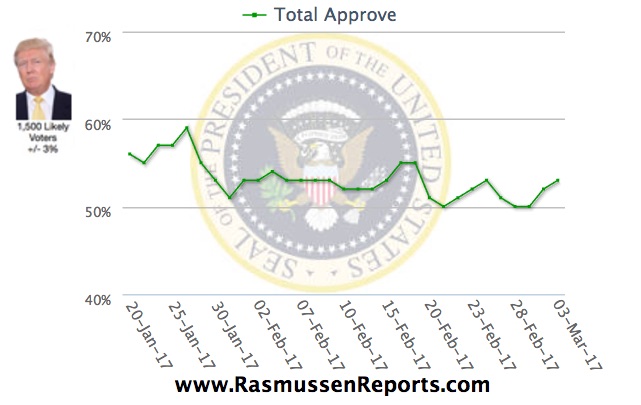 Taken before the weekend, 53 percent of likely voters approve of the President’s performance, including 37 percent who strongly support him. Forty-seven percent disapprove of his performance and 36 percent strongly disapprove. This gives him – according to Rasmussen Reports – a “Presidential Approval Index rating of +1.

Here’s how that compares to the beginning of his administration: 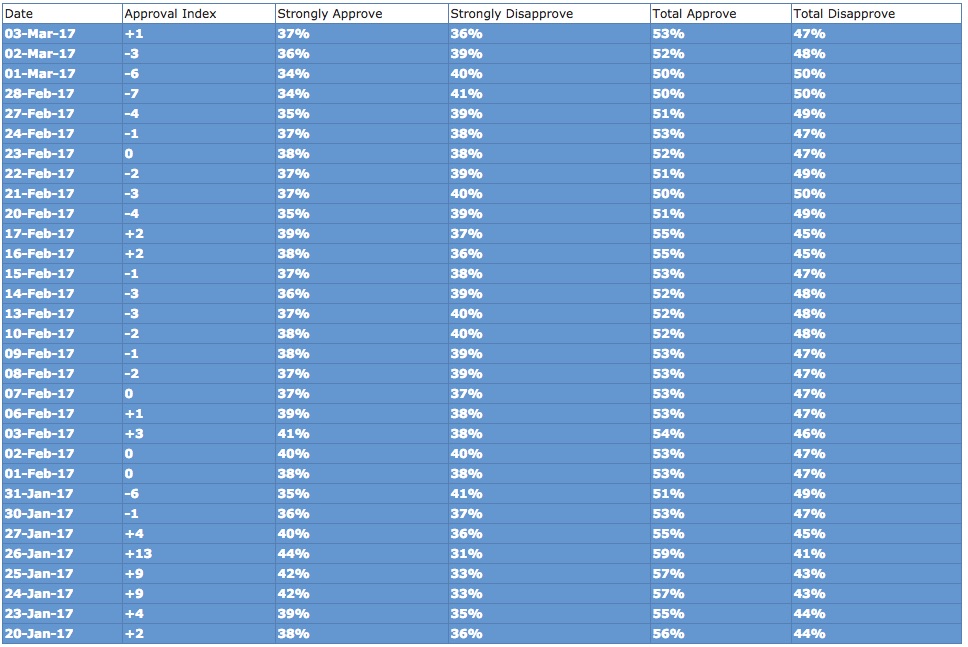 This rolling three-day survey now includes two nights following the president’s nationally televised speech to a joint session of Congress and shows a three-point improvement in his overall approval rating since then.

Rasmussen addressed how their poll can be so different from the poll results from other outlets:

Some readers wonder how we come up with our job approval ratings for the president since they often don’t show as dramatic a change as some other pollsters do. It depends on how you ask the question and whom you ask.

To get a sense of longer-term job approval trends for the president, Rasmussen Reports compiles our tracking data on a full month-by-month basis.

Rasmussen Reports has been a pioneer in the use of automated telephone polling techniques, but many other firms still utilize their own operator-assisted technology.