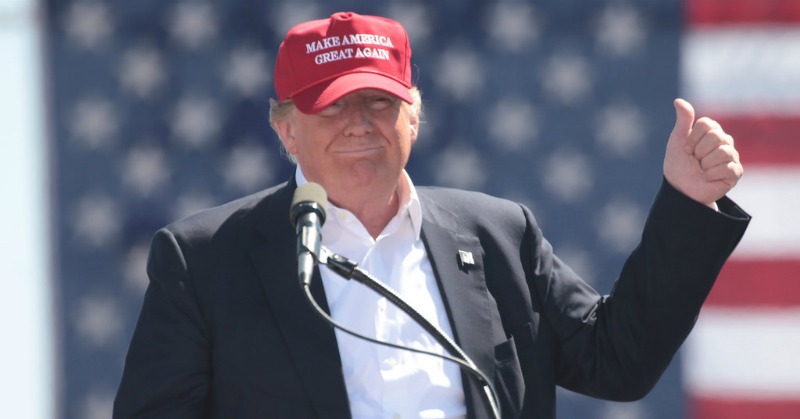 President-elect Donald Trump’s inauguration is inching closer, and on Wednesday the Presidential Inaugural Committee released the schedule of events which showed a huge difference between the incoming and outgoing presidents. In contrast to the ten inaugural balls President Obama attended in 2009, Trump will only attend three — two official.

In addition to the two official inaugural balls, Trump will also attend an armed services ball that is described as “a special tribute to our veterans, those currently serving, military families, first responders, and those who have given the ultimate sacrifice so that we may all live in freedom,” according to Western Journalism.

The Obamas famously attended 10 inaugural balls back in 2009 along with another more private soiree, reportedly with some of their celebrity friends such as Oprah Winfrey.

It’s not just the Obamas that Trump differs from; former President George W. Bush attended eight inaugural balls in 2001 for his first inauguration.

Presidential Inaugural Committee Chairman Tom Barrack released a statement about the schedule: “The 2017 inaugural celebrations will reflect President-elect Trump’s eagerness to get to work in order to make our country safer and stronger.”

A wreath-laying ceremony at Arlington National Cemetery will begin the inaugural schedule on the morning of Jan. 19 with both Trump and Vice President-elect Mike Pence in attendance.

A large concert will then take place at the Lincoln Memorial preceding the inauguration.

Sixteen-year-old Jackie Evancho, a runner-up on America’s Got Talent, is so far the only performer announced to participate in Trump’s swearing in. She will sing the national anthem at the festivities.

Trump will also partake in the inaugural tradition of accompanying the outgoing president to the Capitol. President Obama has said he will escort Trump and he will watch him take the oath of office, then the Obamas will leave on Marine One.

That’s a big difference from the recent past and an important statement. There’s nothing wrong with celebrating and Trump should celebrate his huge victory; however, he has made it clear that this is about America and doing the things that need to be done to make it great again.

If the liberal mainstream media wasn’t so blinded by hatred and their radical agenda, they would give him credit for this because it is due.