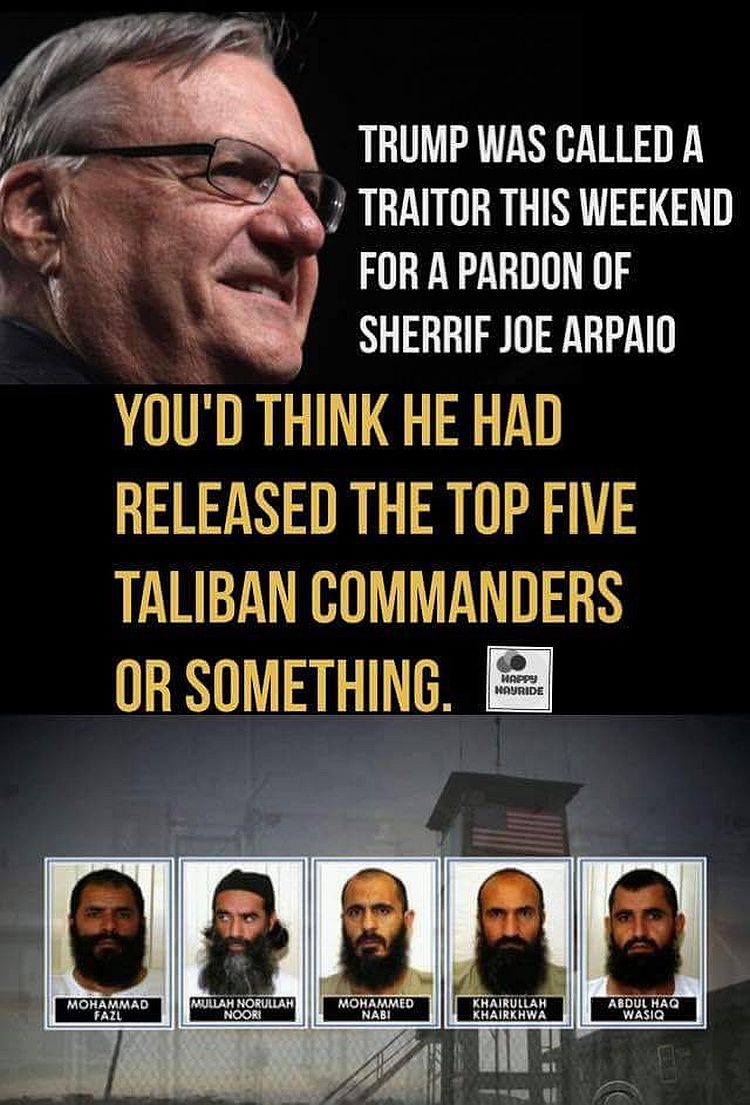 Brian Thomas reports that Trump’s pardon of Arpaio sent a message that Robert Mueller should hear loud and clear.

Joe Arpaio was found guilty of contempt of court by a bench trial rather than by a jury through due process, for the so-called crime of upholding federal laws to enforce immigration policies.

For Mueller targets like Michael Flynn and Paul Manafort, Trump’s pardoning of Arpaio is a clear sign that they will have justice, even as special counsel Robert Mueller does everything he can to mow them down.

In pardoning Arpaio, President Trump sent a message to those under investigation by two dozen Democratic lawyers — the biggest boondoggle since Solyndra.

The message of his pardon is: Donald Trump has your back.

The constitution gives President Trump the power to pardon anyone convicted of a federal crime.

Those under investigation by Dem. lawyers like Mueller may face bench trials that deny them their rights if they refuse to obey court instructions, but they’re now assured that President Trump will likely pardon them should they be convicted, like Arpaio, of contempt of court.

One message from the Arpaio pardon is precisely that Trump sees his evaluation of the boundaries of legality as superior to the boundaries set by the legal system. The Constitution gives him that power. As we’ve noted before the presidential pardon is absolute. He can pardon anyone for any federal crime at any time — even before the person actually faces any charges and even if no crime actually took place. There’s nothing anyone can do about it, except to impeach Trump and remove him from office to prevent him from doing it again. (The president who replaces him might be able to revoke a recent pardon, one expert told us, but it’s far from certain.)

In other words, if any of Trump’s allies decides to tell special counsel Robert Mueller to stick his subpoena in the south side of the National Mall, Mueller can press a court for contempt charges. The person could be convicted of those charges — and then get a pardon identical to Arpaio’s.

Furthermore, Surber asserts that such pardons will not cost Trump votes in 2020, as he isn’t likely to lose supporters for having a spine and doing what they elected him to do.

You know how many votes such pardoning would cost President Trump in 2020?

Oh, a few people may drop him, but more who did not support him last year are encouraged by the spine he shows and uses.

After Arpaio, there really is no reason to continue the Mueller Inquisition. Or maybe they will indict on some outrageously absurd to feed red tofu to the Fifth Columnists in the media and Antifa fascists.

Will Mueller continue when he knows he’s beat?

Tell us what you think, and leave a comment below.