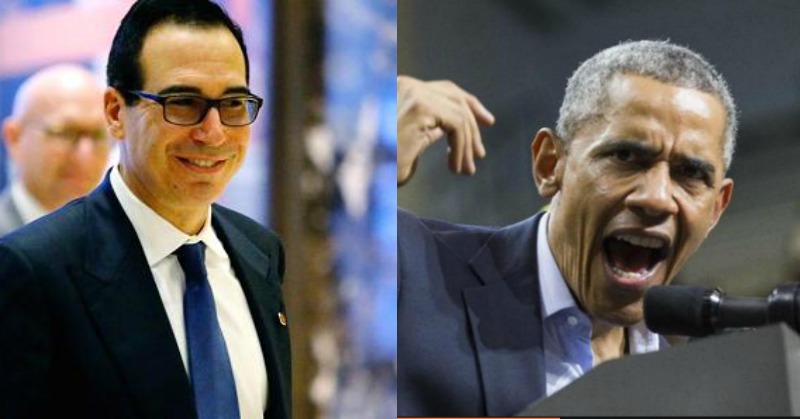 President-elect Donald Trump’s nominee for Treasury Secretary, Steven Mnuchin, appeared on CNBC’s “Squawk Box,” Wednesday and made it clear that the Dodd-Frank financial legislation will be targeted as part of their effort to boost economic growth, according to Politico.

“We have actually been bankers,” Mnuchin said, in reference to both himself and Wilbur Ross, who Trump chose to head up the Commerce Department.

“We’ve been in the business of regional banking and we understand what it is to make loans and that’s the engine of growth to small and medium sized business,” Mnuchin added.

Dodd-Frank, passed in the wake of the financial crisis and aimed at preventing some of the practices th[at] precipitated it, has long been a target for Republicans, who say the strict regulations on financial institutions have limited the flow of capital.

Mnuchin was less specific about other aspects of the law, like the Consumer Financial Protection Bureau that it created. Many Republicans loathe the agency. Mnuchin said only that the new administration is “going to take a look at all these things.”

It will be nice to have a president that understands business and isn’t entrenched in community organizing, won’t it?

The economy needs a swift kick in the butt and it looks like Trump and those he has appointed thus far stand a good chance to do just that.

Time will tell how things will shake out, but there have already been excellent signs with Ford and Carrier promising to keep jobs that were on the verge of going elsewhere here in America, and Apple mulling the idea of shifting at least some production to the U.S. — all weeks before the start of Trump’s presidency.

The stock market has responded very positively to a potential Trump presidency as well, and we’ll see what happens with that as time goes on.

So far, there are definitely many reasons to be optimistic. We’re not out of the woods by any means — Trump will be attacked on all sides and he has to continue to stick to his word — but the signs are good so far.