As we all know it’s not about the gun, or style of weapon, it’s what’s in the heart and mind of the individual that makes the difference.

A weapon is an inanimate object can be used for good, or for bad depending on the person possessing it.

Here’s but another example of this truth: 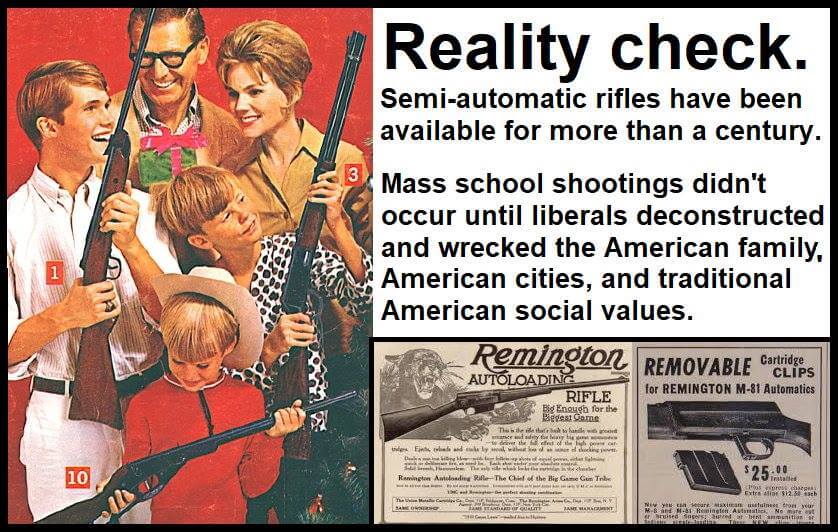 Exactly! What has changed is not the AR-15 rifle, which has been around since the 1960’s, but the culture.

That said, no matter what, the right to own and possess a semi-automatic rifle is guaranteed under our Constitution.

The Second Amendment has never been recondite, it is only the judges who have been obtuse.

An intelligible interpretation of the Second Amendment emerges the instant one reconciles the prefatory and operative clauses. In other words, the “militia” described in the prefatory clause is a militia composed of a people with a right to keep and bear arms. What type of arms?

In 1939, the Supreme Court spoke explicitly to this. At the time the Second Amendment was adopted, men summoned to militia duty were expected “to appear bearing arms supplied by themselves and of the kind in common use at the time.”

As the dissenting judges noted, this curious logic would have made it possible to ban the muskets and rifles used by citizen militia during the Revolutionary War.

But why stop there?

Handguns are standard-issue military weapons. Shotguns and bolt-action rifles have been employed by the U.S. military.

At one time or place, virtually every weapon has been used by the military, including knives and tomahawks. The irresistible conclusion is that the Second Amendment protects nothing.