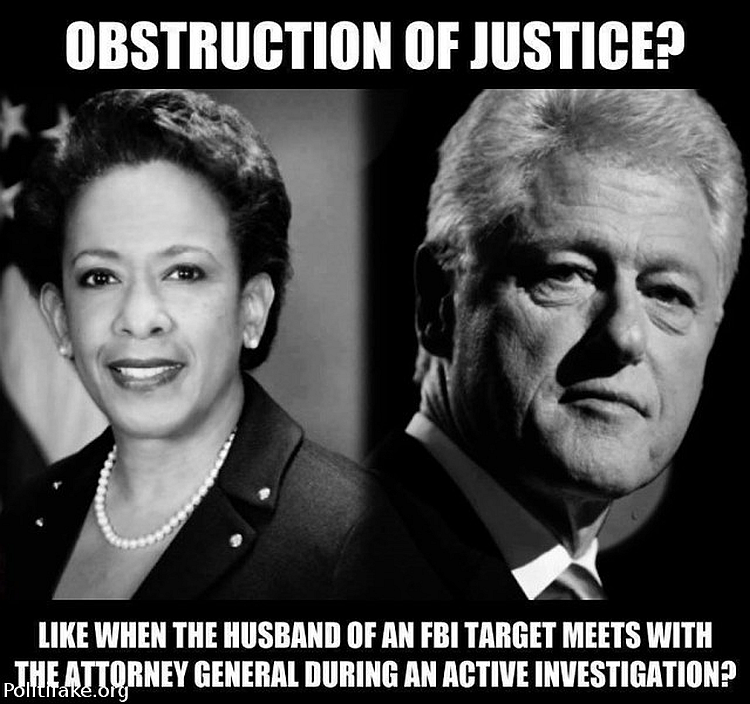 Robert Gehl reports that amid the nothing that is James Comey’s Senate testimony are comments the former FBI Director made that actually are making news.

Comey said he was “concerned” and “confused” by orders from then-Attorney General Loretta Lynch to downplay the Clinton email investigation.

During the testimony Thursday morning, Sen. Richard Burr, a Republican from North Carolina, asked Comey if his decision to make public comments about the Clinton investigation was influenced by Lynch’s “tarmac meeting” with Bill Clinton at the Phoenix airport.

“Yes. In an ultimately conclusive way, that was the thing that capped it for me, that I had to do something separately to protect the credibility of the investigation, which meant both the FBI and the Justice Department,” Comey said.

“Were there other things that contributed to that that you can describe in an open session?” Burr asked.

Comey said the one he could speak out about was an unusual directive from Lynch.

“At one point, the attorney general had directed me not to call it an investigation but instead to call it a matter, which confused me and concerned me,” Comey said. “But that was one of the bricks in the load that led me to conclude I have to step away from the department if we’re to close this case credibly.”