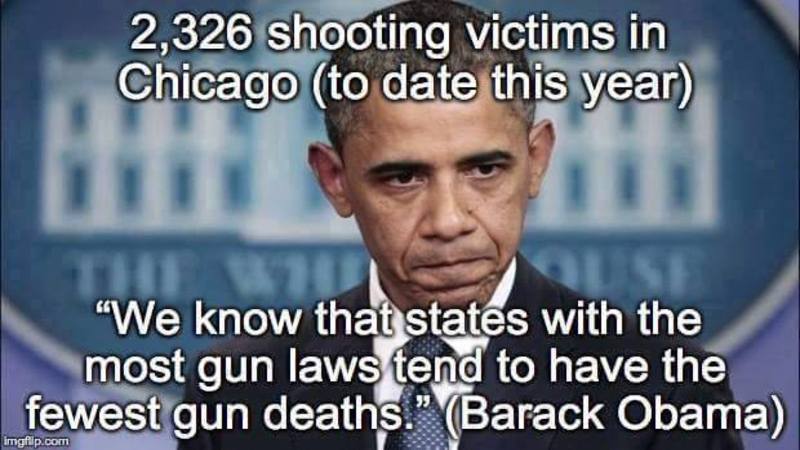 Via Fusion, this is some pretty interesting reasoning from the Chicago PD:

It’s pretty hard to get shot if you’re in jail.

That’s a major piece of the argument Chicago police made this week when they told the Chicago Sun-Times that tougher gun laws could have saved an estimated 74 people from getting shot and killed so far this year.

According to their internal review, 74 victims of gun violence in the city this year would have still been in jail for illegal gun possession if tougher sentencing rules were in place. Almost everyone charged with the crime receives the one-year minimum, the Sun-Times found, compared to the maximum sentence of three years.

Pick a side, guys. Are you for harsher laws, stricter enforcement, increased sentencing, and a more activist approach toward the possession of contraband? Or are you against those things?:

The implications of the department’s analysis are notable because they pit two core progressive talking points against each other.

On the one hand, progressives have long called for stricter gun laws in hopes of cutting down on gun violence in the wake of mass shooting after mass shooting.

On the other hand, many of those same people have also called for a reevaluation of mandatory sentencing laws for nonviolent crimes, which many argue disproportionately affect people of color and lead to mass incarceration of the inner city. (Illegal gun possession is not considered a violent crime.) “It brings compassion into the system,” Sen. Cory Booker (D-NY) said earlier this month of a bill he helped draft that would significantly scale back mandatory sentencing laws.

With the majority of Chicago’s gun violence concentrated in the majority-black South Side, a higher mandatory minimum for illegal gun possession would most likely affect the city’s black community disproportionately. It could mean hundreds of black men receiving longer jail sentences every year.

Indeed so. To watch this dissonance in action, just ask a “do something!” activist what he thinks of stop and frisk.

This hypocrisy to one side, the numbers here demonstrate neatly just how much of America’s “gun violence” involves criminals shooting other criminals. As Fusion notes, it’s not just the victims who have records:

On the other end of the barrel, 86 shooting suspects would also have been in jail on the same charge had they been given harsher sentences.

Back to the drawing board, perhaps.