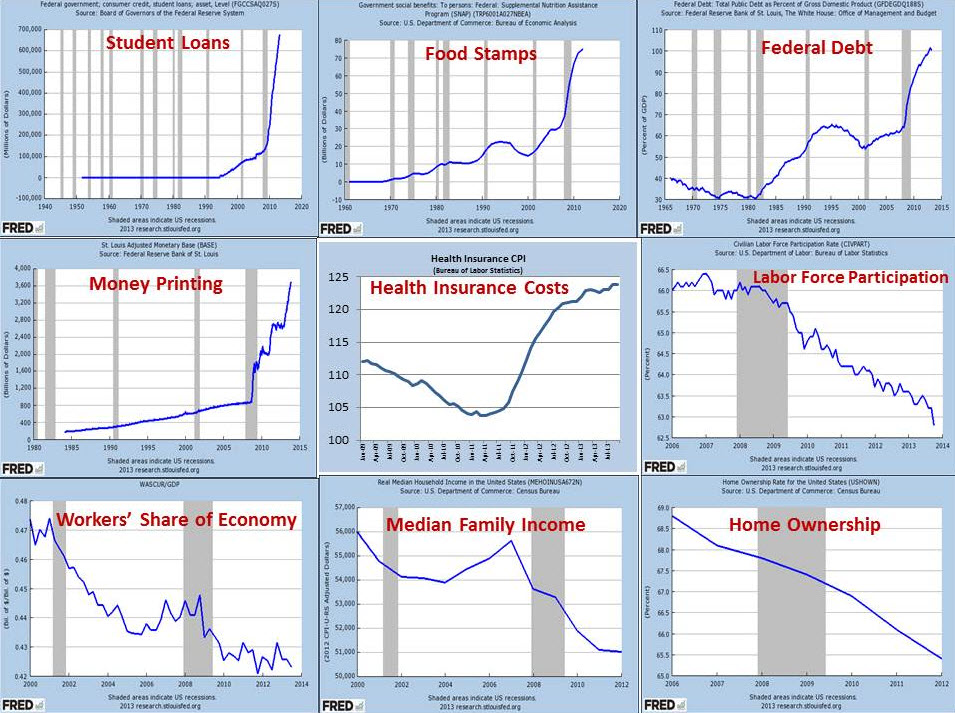 From The Heritage Foundation:

[Calvin] Coolidge put his actions behind his rhetoric. He followed his principles as President and was remarkably successful in achieving his policy goals. Harding and Coolidge inherited one of the worst economic disasters in American history. In 1921, the unemployment rate was 11.7 percent. The national debt had shot up from $1.5 billion in 1916 to $24 billion in 1919. Gross national product decreased from $91.5 billion in 1920 to $69.6 billion in 1921.

In response, Harding and Coolidge did not blame their predecessor, Woodrow Wilson, for the disaster they inherited. They went about putting their principles into practice and turning the economy around, and they were extremely effective in doing so. They employed a three-step plan.

Due to the passage of the Budget and Accounting Act of 1921, Coolidge had a newfound power to propose an annual budget, giving him some influence over spending issues. Coolidge used this power, in his words, in an “intensive campaign” that he “waged unrelentingly” against federal spending. Coolidge won his war on federal spending: From 1921 to 1924, federal expenditures were reduced from $5.1 billion to $2.9 billion—a spending reduction of 43 percent.

At the same time, Coolidge worked with Secretary of the Treasury Andrew Mellon to pass three successive income tax reduction plans. The purpose of reducing spending, he noted, was to protect the property rights of citizens.

“A government which lays taxes on the people not required by urgent necessity…is not a protector of liberty, but an instrument of tyranny. It condemns the citizen to servitude.”

Freeing the citizen from burdensome taxes was Coolidge’s top priority, and under the Revenue Acts of 1921, 1924, and 1926, the highest income tax rate fell from 73 percent in 1921 to 24 percent in 1929. By reducing spending, Coolidge was able to lower taxes and retire much of the government’s debt, which was reduced from $24 billion to $16.9 billion.

Combined with his program of regulatory relief, Coolidge’s economic policies produced a period of incredible prosperity. The “Roaring Twenties” saw one of the most dynamic periods of economic growth in the nation’s history, and Coolidge left office having achieved great personal popularity and, more important, having shown that the principles of the Founding were still the best way to achieve freedom and prosperity.

Skeptics might respond that the prosperity of the Roaring Twenties was a mirage, since the economy went into a tailspin in 1929, causing the “Great Depression.” Economists have long disagreed, and will probably continue to disagree, about the causes of the Great Depression. Many blame faulty government policies (in particular, faulty monetary policy pursued by the Federal Reserve) for exacerbating a normal and temporary downturn.

While this debate will never be fully settled, it is probably fair to say that the prosperity of the 1920s was bound to level off at some point. At the same time, however, the causes of the Great Depression were numerous, and Coolidge’s policies of reducing taxes, cutting spending, and paying off the national debt were probably not immediate causes of the crash of 1929. …

When Ronald Reagan became President in 1981, he hung a portrait of Calvin Coolidge in the Cabinet Room of the White House. This act astonished many who merely thought of Coolidge as “Silent Cal,” the President of few words. But Reagan understood the real Coolidge, perhaps a man of few words, but also a President who made those words count and meant what he said.