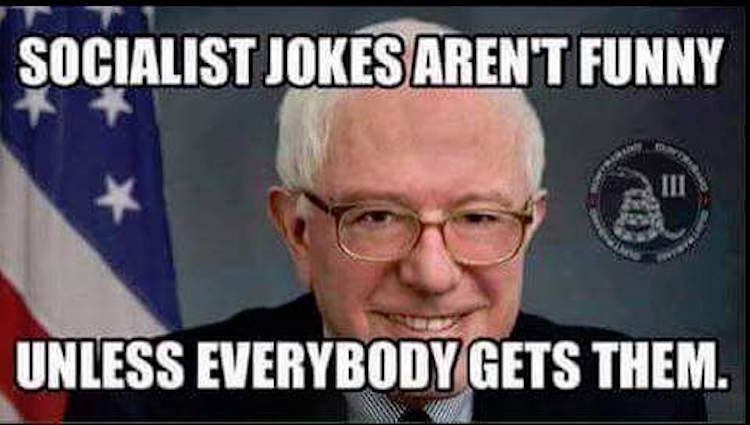 He may be a political has-been – yesterday’s news – but Sen. Bernie Sanders’ wife is still making headlines for the sketchy land deal she made in 2010.

An investigation launched last year into bank fraud by Jane Sanders is still going, with a possible grand jury review on the horizon.

Fox News reports that the probe could impact Sanders possible 2020 ambitions or the political ambitions of the Sanders’ daughter, Carina Driscoll.

The deal occurred when Sanders was president of Burlington College in Vermont.

In order to expand the college, Sanders sought to obtain a tract of land from a Roman Catholic parish. She secured a $6.7 million loan from a bank and a $3.6 million loan from the parish from which she planned to purchase the property.

But she resigned in 2011 amid allegations that she purposely inflated and made up the amount of money donors have pledged to the school and provided incorrect information to a bank to get the loan. Multiple individuals, who were listed as college donors, have since come forward denying the commitments.

News that the investigation was still underway came from former Burlington College Board Chairman Yves Bradley, who said he was visited by FBI agents in the last six weeks and was questioned about Sanders’ involvement in the alleged bank fraud.

Attorney Rich Cassidy, representing both Bernie and Jane Sanders, approached Bradley regarding the investigation, but by the advice of his counsel decided not to engage. Cassidy did not respond to Fox News’ multiple requests for an interview.

Bradley’s questioning signals that the federal investigation is far from over.

The US Justice Department is handling the probe and is being run at the discretion of Christina E. Nolan, Vermont’s US Attorney, who was sworn in last week after being appointed by President Donald Trump.

The school’s former dean of operations said that the probe “has not been closed.”

“I have not talked with anyone since then, other than checking with the FBI agents,” she said over the phone.

To the question whether the investigation could lead to an indictment, she said the FBI agents told her it was “a potential” – although not “an absolute” – that the case will be brought in front of a grand jury.

Media outlets report that this could impact Sen. Sanders’ possible run in 2020. But Sanders will be near 80 when the campaign season heats up, which probably precludes a serious run. But in today’s political climate, nothing is off the table.

Carina Driscoll, the stepdaughter of the senator, announced Monday her plans to run for her stepfather’s first political job: mayor of Burlington, Vt.

What do you think? Should the feds throw the book at Jane Sanders? With a Trump appointee in charge now, it may just happen.

Sound off in the comment section below and let us know your thoughts on this new development in the Jane Sanders corruption investigation.