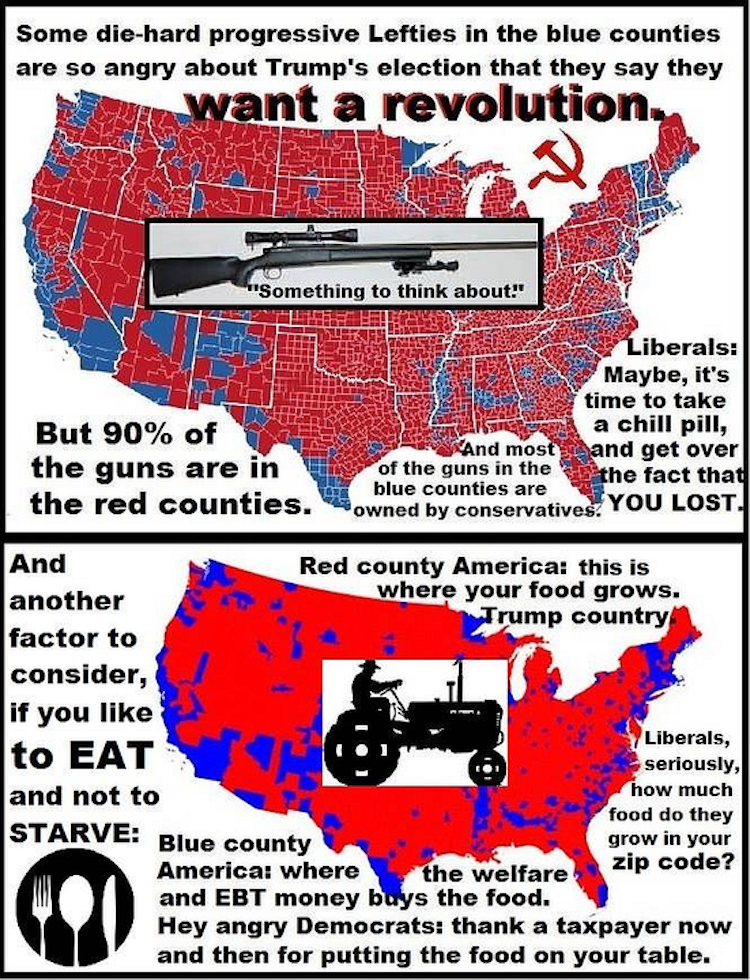 On March 4, President Trump supporters decided to hold “March 4 Trump” rallies across the country (get it)?

Thousands of people showed up for hundreds of rallies and most of them went off without a hitch, but in some leftist enclaves, things didn’t go quite so well.

At Berkeley, violent clashes broke out as the Trump supporters were overwhelmed by “Anti-Fa” and leftists rioters determined to cause mayhem. Take a look at this video from local station KPIX:

Here’s another video of the melee:

People were firing pepper spray into the crowd (notice the “hammer and sickle” flag waving in the background):

One reporter said there were ten arrests, with police confiscating a multitude of weapons.

The same reporter noted that an “anti-Trump protester” was shouting “Get out! Your American flags are anti-American,” at a group of Trump supporters.

"Get out! Your American flags are anti-American," anti-Trump protestor is shouting at a gaggle of people. #Berkeley

The police had to set off smoke bombs to disperse the crowd.

Brief fight broke out at #march4trump in Berkeley as demonstrators and counter protesters converge. Smoke bomb off. pic.twitter.com/lTtIbtYL3a

Nitwits burned and spit on a “Proud Republican” hat.

A 'Make American Great Again' hat burns alongside one that reads 'Proud Republican' during #march4trump in Berkeley. pic.twitter.com/VgIa3NCsFE

And they assaulted the elderly.

So it’s fitting that the last image would be of a Berkeley protester who stole a “Free Speech” sign from a pro-Trump supporter would light it on fire. 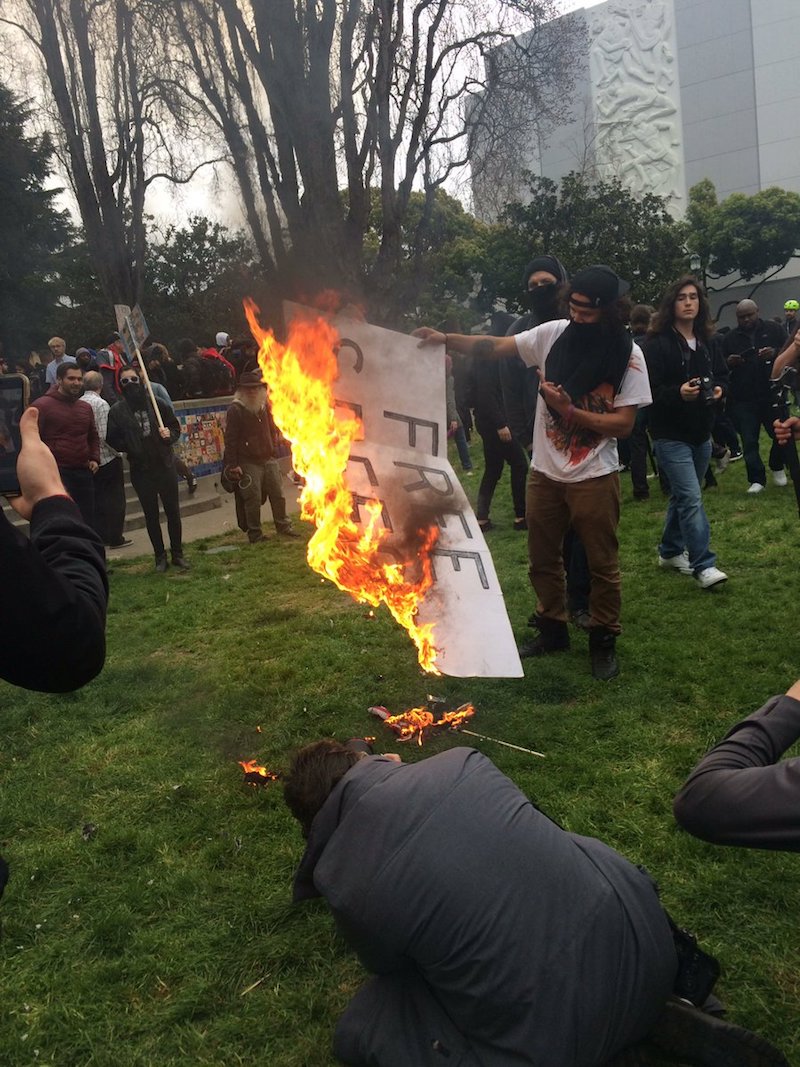 Compare that to the Berkeley protests in the 1960s, and you can see how far America’s left has fallen.. 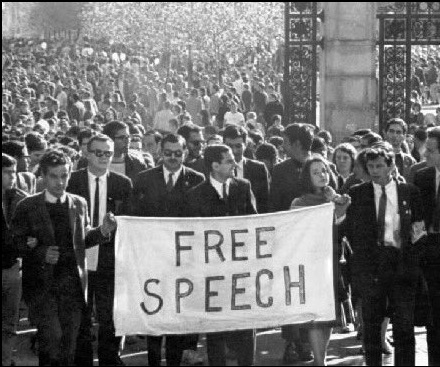 Take a good darn look at these two photos. pic.twitter.com/jnIrCs29Mj

That kind of says it all, doesn’t it?