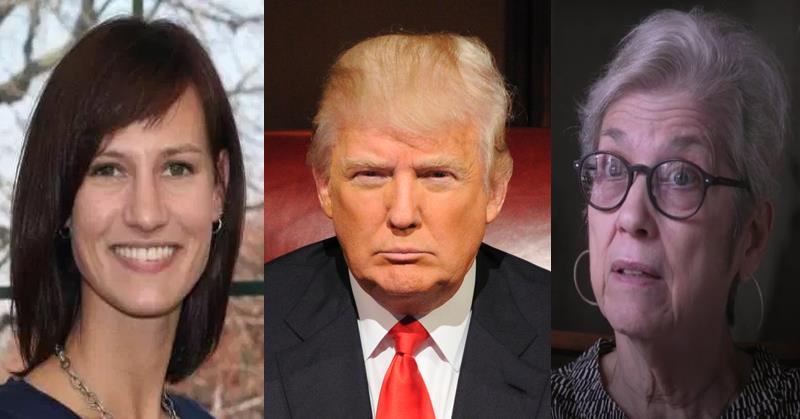 Two of the women who accused GOP presidential candidate Donald Trump of having inappropriately touched them sometime in the past, are proud supporters of the Democrat candidate, Hillary Clinton.

“Both Ms. [Jessica] Leeds and Ms. [Rachel] Crooks say they support Hillary Clinton’s campaign for president, and Ms. Crooks has made contributions of less than $200 to President Obama and Mrs. Clinton,” The New York Times itself reported.

While the Times was the outlet that originally broke the story, it seems odd that it included the bit about Clinton at the very end of it.

Regardless, does this bombshell revelation nullify their accusations that Trump “assaulted” them? Certainly not.

It does however offer an angle of attack for those who staunchly believe that the allegations against Trump are nothing more than lies contrived solely to railroad his presidential campaign. And believe me when I say that many feel this way.

Looks like Jessica Leeds + MSM are LIARS. Braniff International Airways 707 did NOT have adjustable armrests. https://t.co/ORfNeeheTA

Speaking of which, several theories about Leeds and Crooks have begun floating in the mediasphere, including this one:

Jessica Leeds told Anderson Cooper on CNN that she flew on a Braniff International Airways 707 from Dallas to New York City in 1979.

However, Braniff didn’t have 707 flights from Dallas to New York City, only 727s.

Furthermore, the armrests on Braniff 727s appear to be inadjustable.

Moreover, some have claimed that Leeds’ listed phone number happens to be the exact same as the phone number for the Clinton Foundation.

interesting; Leeds was with the Clinton Foundation – same phone #- has nothing to do with her allegations… https://t.co/2HDXmm3HLh

Many on the right seem hellbent on exposing Trump’s accusers, and truth be told, I cannot really blame them.

Just consider all the corruption that the recent WikiLeaks have helped uncover — the liberal media’s collusion with Hillary Clinton, in particular.

With corruption this prevalent in contemporary America, I for one would never dare chastise my brethren for digging deep and trying to verify the facts, though I personally would rather not indulge in speculation until concrete facts surface.

Nevertheless, I think liberal media “reporters” could learn a thing or too from my peers, because their willingness to dig deep is what makes them REAL investigative journalists, versus the hacks in the mainstream establishment.