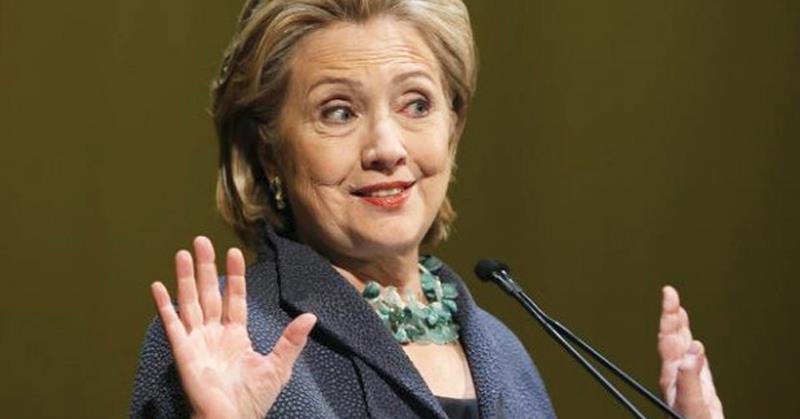 Those of us who have been waiting patiently (or not so much) for the FBI to file criminal charges against Hillary Clinton for treating classified information like outdated takeout menus may have a clue of what’s about to happen.

Our friends at LibertyUnyielding have noticed some interesting phrasing from the Department of Justice in a memo to the courts.

In the ongoing battle to get access to the e-mails that Hillary sent, or received or tried to destroy, the Justice Department has been forced to respond or explain why certain emails must remain classified.

When a Vice News reporter formally protested the classification of an FBI decision explaining how sensitive information ended up on Hillary’s homebrew server, the Justice Department responded, explaining why:

They responded in kind by saying they couldn’t make the document public because it would “adversely affect the ongoing investigation” into Clinton’s private email server.

Fair enough, but it is two words further into the DOJ memorandum that will be sure to raise some eyebrows. The department claims it can’t reveal the document because doing so could “reasonably be expected to interfere with enforcement proceedings.”

(A) the investigation or proceeding involves a possible violation of criminal law; and

(B) there is reason to believe that (i) the subject of the investigation or proceeding is not aware of its pendency, and (ii) disclosure of the existence of the records could reasonably be expected to interfere with enforcement proceedings, the agency may, during only such time as that circumstance continues, treat the records as not subject to the requirements of this section.

So is the Justice Department preparing to charge Hillary with a violation of criminal law?

We will soon see, but until then, this may be the best clue we get.