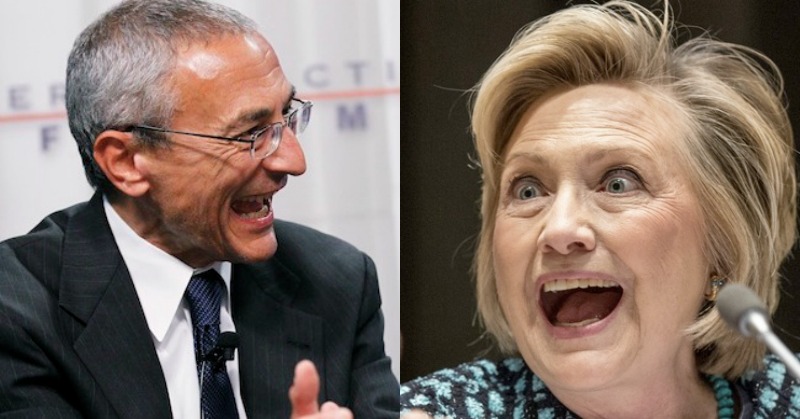 On Friday, the FBI reopened its investigation of former Secretary of State Hillary Clinton’s email fiasco. I mentioned that I was rather cynical about it…and sure enough, now it has emerged that Clinton campaign chairman John Podesta’s BFF is going to oversee the investigation at the Department of Justice.

There always seems to be a catch or a way that the system is rigged for the Clinton crime family, and this certainly points in that direction.

Podesta has deep ties to assistant attorney general Peter Kadzik, who wrote to Congress that the DOJ “will continue to work closely with the FBI and together, dedicate all necessary resources and take appropriate steps as expeditiously as possible.”

The WikiLeaks email releases from Podesta’s account included one about a dinner with Kadzik, Podesta, and friends taking place one day after Clinton testified in front of Congress during the Benghazi hearing. 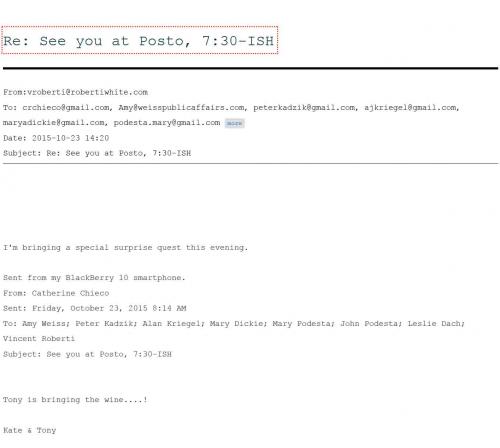 Oh there’s more, so much more. The two were a bit closer than wine and bread baskets. The two went to law school together at Georgetown in the 1970’s and have remained chummy, they’ve celebrated Podesta’s birthday, and Kadzik’s son even felt comfortable enough to ask Podesta for a job on the Clinton campaign.

As Zero Hedge noted, Kadzik, whose DOJ career started in 2013, “helped spearhead the effort to nominate Lynch, who was heavily criticized for her secret meeting with the former president.”

In another twist, Kadzik also represented Podesta during the Monica Lewisnky scandal when Podesta served as former President Bill Clinton’s deputy chief of staff. Podesta noted in an email that Kadzik was a “fantastic lawyer” who “kept him out of jail.” Podesta perjured himself in front of a grand jury but later claimed that Slick Willy lied to him.

Gee, no wonder the DOJ promises an “expeditious” investigation — it appears more and more likely that it is going to be just another smokescreen. It certainly makes sense why Clinton was so brazen on the campaign trail as to call out the FBI and prod them to lay it all out on the table.

But wait, there’s more to the Podesta/Kadzik slumber party. Remember Marc Rich, the tax evader that former President Clinton pardoned? Yeah, Kadzik represented him and lobbied Podesta for that pardon. Cozy, isn’t it?

Let’s go for one more tidbit that’s even closer to the investigation. Zero Hedge reported:

In his current role as head of the Office of Legislative Affairs, Kadzik handles inquiries from Congress on a variety of issues. In that role he was not in the direct chain of command on the Clinton investigation. The Justice Department and FBI have insisted that career investigators oversaw the investigation, which concluded in July with no charges filed against Clinton.

But Kadzik worked on other Clinton email issues in his dealings with Congress. Last November, he denied a request from Republican lawmakers to appoint a special counsel to lead the investigation.

In a Feb. 1, 2016 letter in response to Kadzik, Florida Rep. Ron DeSantis noted that Kadzik had explained “that special counsel may be appointed at the discretion of the Attorney General when an investigation or prosecution by the Department of Justice would create a potential conflict of interest.”

DeSantis, a Republican, suggested that Lynch’s appointment by Bill Clinton in 1999 as U.S. Attorney in New York may be considered a conflict of interest. He also asserted that Obama’s political appointees — a list which includes Kadzik — “are being asked to impartially execute their respective duties as Department of Justice officials that may involve an investigation into the activities of the forerunner for the Democratic nomination for President of the United States.”

We really do need to drain the swamp…