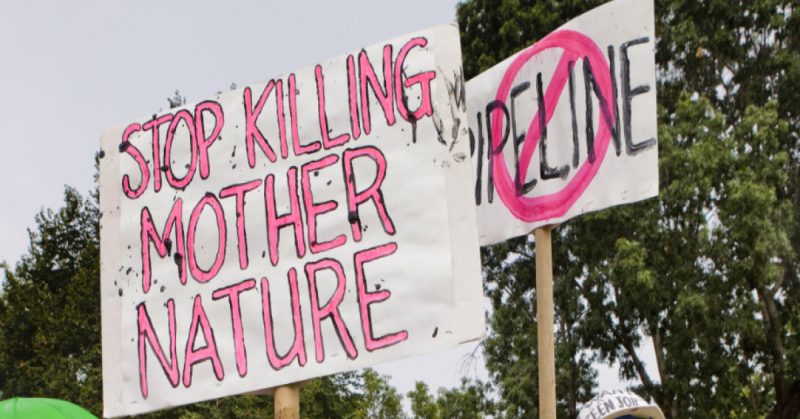 A body of the United Nations is criticizing the United States, saying that because the U.S. did not consult with the Sioux tribe when approving the Dakota Access Pipeline, transporting oil from North Dakota to Illinois, the US has violated the human rights of indigenous people.

The Daily Caller is reporting:

Members of the UN Permanent Forum on Indigenous Issues issued a statement Wednesday calling on the Obama administration to “establish and implement… a fair, independent, impartial, open and transparent process to resolve this serious issue and to avoid escalation into violence and further human rights abuses.”

The UN is intervening on behalf of the Sioux tribe in its lawsuit against the U.S. Army Corps of Engineers over the approval of the $3.8 billion Dakota Access Pipeline, which will bring oil from North Dakota to Illinois.

“The pipeline would adversely affect not only the security and access to drinking water of the Sioux and millions of people living downstream of the Missouri River, but it would also destroy archaeological, historical and sacred sites of the Sioux,” the UN body said in its statement.

Public health hazards, the UN might know, are subject to investigation in the approval of the pipeline.

If there is a concern, perhaps that concern should be addressed by U.S. law, not by the United Nations.

But the UN doesn’t want an investigation which is sure to conclude that the pipeline is safe.

The UN Permanent Forum on Indigenous Issues would rather side with sweeping anti-pipeline sentiment held by environmentalists who have already set fire to three pipeline constructions sites.

No UN body, however, got involved with Keystone XL, and the project was eventually vetoed by the Obama administration because it would make the U.S. look bad in terms of global warming.

“There has been a lack of good faith consultation with the indigenous people who will more than likely be impacted,” Dalee Dorough, an Inuit member of the UN body, told the Associated Press.

“The U.N. declaration is fundamental because President Obama pronounced support for it and that they haven’t been consulted consistent with the rights of that declaration is highly problematic,” he said referring the UN’s declaration on indigenous rights.

A federal judge will rule on the Sioux’s lawsuit against the Corps in September. Until then, activists plan on continuing to slow down construction by blocking the project’s route and staging more protests.