The United States Army deleted a Tweet today after several complaints that the terminology used was racist and it is mind-boggling.

There is no doubt that “Chinks” was referring to cracks and that any other interpretation makes absolutely no sense whatsoever but that didn’t stop some from crying racism.

The Army, in all of this Administration’s insistence on political correctness, deleted the tweet telling theWashington Post

Lt. Col. Alayne Conway, an Army public affairs officer, said Friday that the service was surprised by the reaction “since there is nothing even remotely racial” in the expression.

“The phrase and word have been in use for more than 600 years; it is a proper noun, meaning a “crack” or “fissure,” as defined by Webster’s,” she said in an email, referring to the dictionary maker. “Nevertheless, based on feedback from some followers who expressed offense, we deleted it. It was certainly not our intention to offend anyone.”

That statement was not enough for some.

The @USArmy has decided to take down its racially insensitive tweet from earlier today making reference to “chinks”. But, no apology?

I am still stunned every time these claims of racism occur over the absurd. I am sadly not surprised, however, at the rush to sensor even the most innocuous of phrases that have been around for hundreds of years so as not to offend anyone. If we are not careful, we will have to become a society of mutes lest we all become racist. 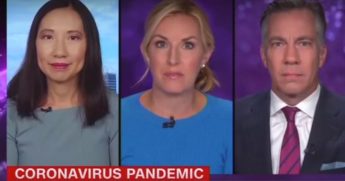