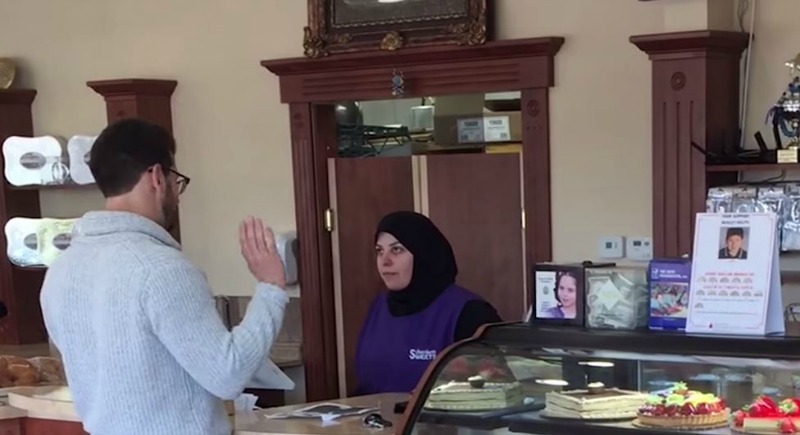 Christians have been getting excoriated over Indiana’s Religious Freedom Restoration Act.

A pizzeria in Indiana has actually shut down due to extreme threats they’ve been getting for explaining their beliefs wouldn’t allow them to cater a hypothetical gay wedding when asked by a reporter.

Once again every left wing tool out there is only focusing on Christians, because that’s how they roll.

Why aren’t they talking to business owners of other religions to see what they would do?

Steve Crowder decided to find out what would happen if he asked a Muslim bakery to bake a wedding cake for a gay wedding.

From Louder with Crowder:

What do you think happens when a gay, like SUPER gay Crowder tries to get a super gay wedding cake baked at a Muslim bakery? I’m pretty sure you can guess, but you might as well watch this week’s adventure to Dearborn, MI to find out!

And of course he gets the same results as you would expect from a Christian bakery. Some Muslim bakeries would do it and others would not.

Of course, the media won’t talk about that.

Many on the Right believe there is a ‘War on Christianity’. It’s hard not to wonder why when they seem to be the only targets of left wing bigotry.

Meanwhile in some Middle Eastern countries gays are killed on a regular basis.

Where’s the media on this? *crickets*

Why? It doesn’t fit their narrative.