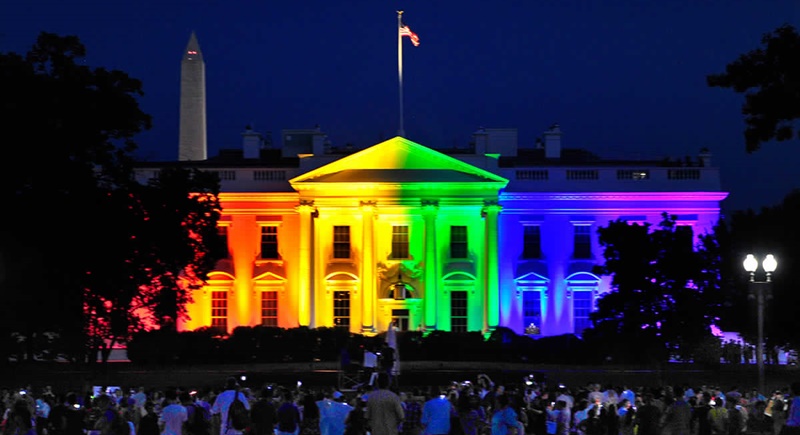 It only took two hours after the announcement for those lights to go on. Remember also that it took the President five days to lower the flags to honor the military recruiters who were murdered by a Muslim terrorist.

It didn’t even take a month for the Law of Unintended Consequences to set in.

The city of Cleveland, OH isn’t much known for lots of firsts, but they hit this one out of the park.

The city is also terminating the “domestic partner registry” where unmarried couples could register as a way to prove they are eligible for “family benefits.”

There are only six people taking advantage of the domestic partnership rules that were in effect in the city, so that impact isn’t really a big deal. Unless you’re one of the six. The impact will come from private businesses who use the registry

It’s not clear how the termination of the domestic partner registry will affect other businesses that might use it to offer benefits to the partners of unmarried employees. Council is expected to hold a hearing on the legislation at a later date.

City council created its domestic partner registry in 2008 to help same-sex couples obtain insurance. Those registering had to show they were sharing expenses using documents like mortgages or utility bills.

Given the cost to businesses of providing various “family benefits” like health insurance, you can bet that many businesses are going to take advantage of the opportunity to shed people from their benefit plans.

The homosexual community may have been celebrating last month, but some disparate groups are going to be celebrating in the long run.