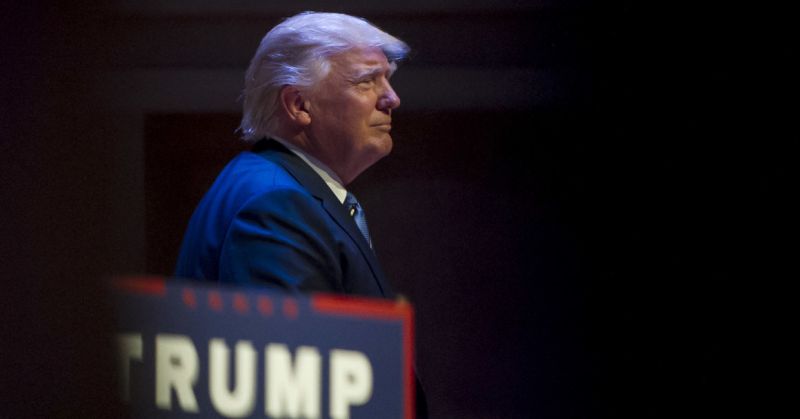 The tweets directed American expats to a voter registration site, and encouraged them to share.

The tweet was pulled soon after it was posted.

The tweet, published at 9:14 p.m. ET on Thursday, urged American expats to share a voter registration tool on the website of the activist organization Avaaz that states, “U.S. Citizens abroad could defeat Trump … if they voted.”

The Web page, titled “The October surprise that will end Trump,” allows users to sign up for help registering to vote in the Nov. 8 presidential election and encourages them enlist their friends as well.

“At a time when Trump is trying to divide us, we could help defeat him if we all share this page with EVERYONE. Let’s reach every US voter abroad,” it reads.

It may come as no surprise if the UN decided to stick its nose in the US election, but according to the United Nations News Centre, it was just an accident.

Ari Gaitanis, chief of the U.N. News Services Section, which oversees the twitter account, said it was a mistake.

“That tweet did not originate from the UN News Centre and this was the reason for it being taken down,” he told POLITICO. “We’re looking into its provenance.” 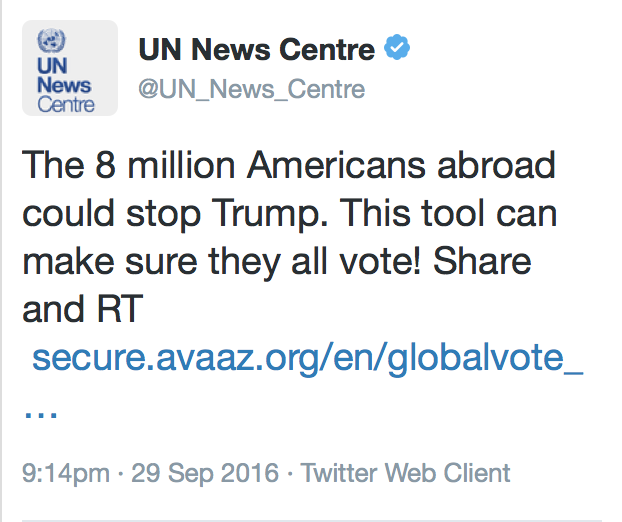 Pretty convenient that just a mistake can influence followers without tarnishing reputations.

Let us know what you think of this so called October surprise, and sound off in the comments below!