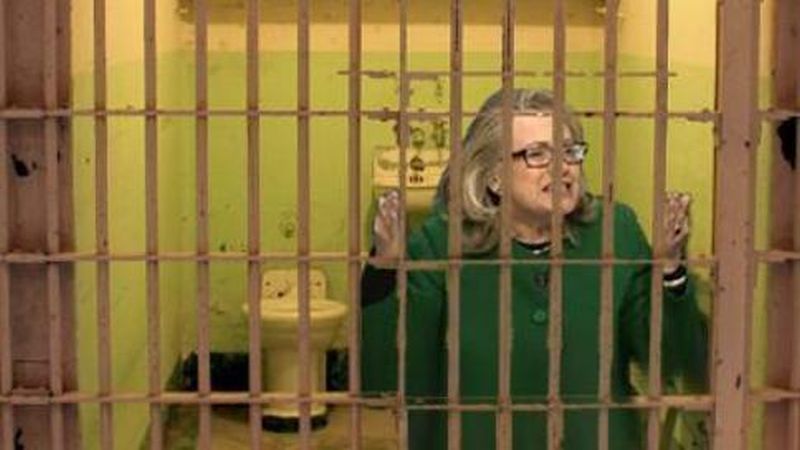 Oh, don’t we all wish that this wasn’t a photoshopped image? That Hillary would actually be held accountable for her heinous crimes against America?

Hillary deserves jail time, no question. Her laundry list of offenses, none of them minor, have been documented well and publicly to boot.

Former Mayor Rudy Giuliani weighed in on the democratic front runner as well, stating, “Particularly the mention of 18 United States Code Section 1001,” Giuliani added. “That’s a big statute. That’s the statute Martha Stewart was indicted under and it makes it a crime to give a false statement, not just under oath, but a false statement, for example, to an FBI agent or an assistant U.S. Attorney.”

If it comes to it, Giuliani also believes that Attorney General Loretta Lynch will indict Clinton.

“She’s a very straight woman,” the former mayor declared whom he supported when she was first nominated. “This is a very fair woman, so I have a lot of confidence in her.”

Well, we can certainly hope so. Hillary absolutely needs to be held accountable for her actions. I don’t think this woman has ever had to face the music her entire life. This may all come as a rude awakening to her – and it is well deserved. 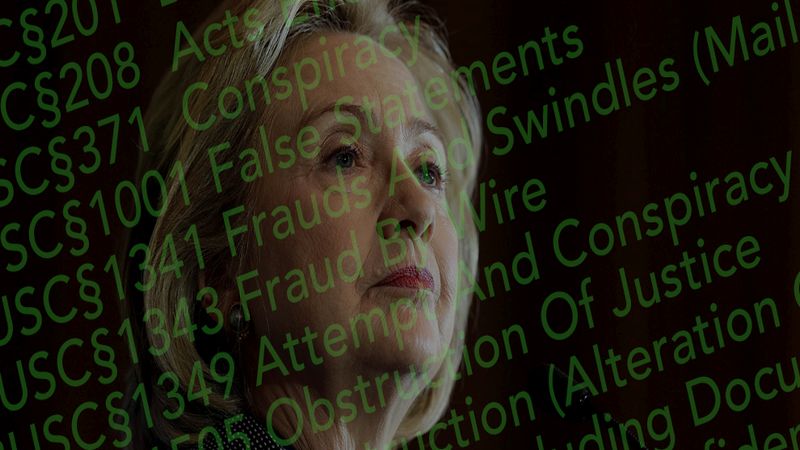 You can run -just not for President from jail – but you cannot hide, Hillary.