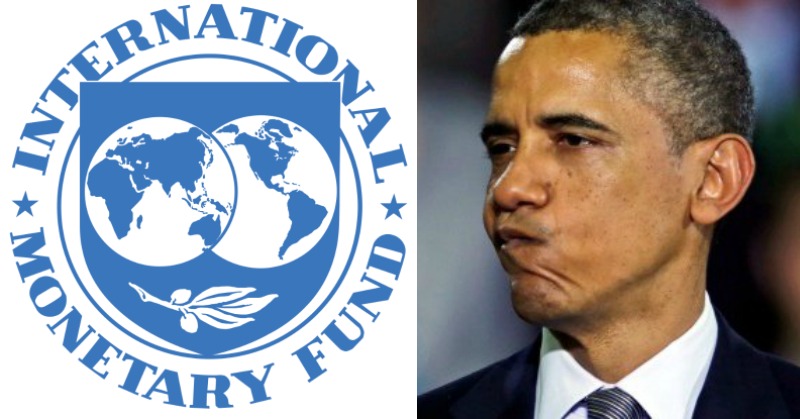 According to the left, things are just great thanks to President Obama. Back in the real word, facts, figures, common sense and the real life experiences of millions of Americans tells a much different story. A recent report released by the International Monetary Fund debunked Obama’s claim that the economy is just fine.

The International Monetary Fund downgraded the economic growth outlook for the United States to 1.6 percent in 2016, which is the largest one-year drop seen for an advanced economy, according to the Fund’s World Economic Outlook report.

“Softer-than-expected activity in the second half of 2015 and the first half of 2016 points to some loss in momentum in the United States, despite a mildly supportive fiscal stance and a slower projected pace of monetary policy normalization,” the International Monetary Fund stated.

“A prolonged inventory correction cycle and weak business investment has prompted a downward revision of the 2016 forecast to 1.6 percent,” according to the IMF.

The IMF report continued, “The weakness in business fixed investment appears to reflect the continued (albeit moderating) decline in capital spending in the energy sector, the impact of recent dollar strength on investment in export-oriented industries, and possibly also the financial market volatility and recession fears of late 2015 and early 2016.”

In particular, the IMF knocked down Obama’s offensive claim that unemployment is down without any mention of the other factors, such as the labor participation rate, that negate his victory lap.

“The world economy has moved sideways,” Obstfeld said. “Without determined policy action to support economic activity over the short and longer terms, sub-par growth at recent levels risks perpetuating itself—through the negative economic and political forces it is unleashing.”

In my book, that’s a stellar endorsement of GOP presidential nominee Donald Trump, whether it was intended as such (doubtful) or not.