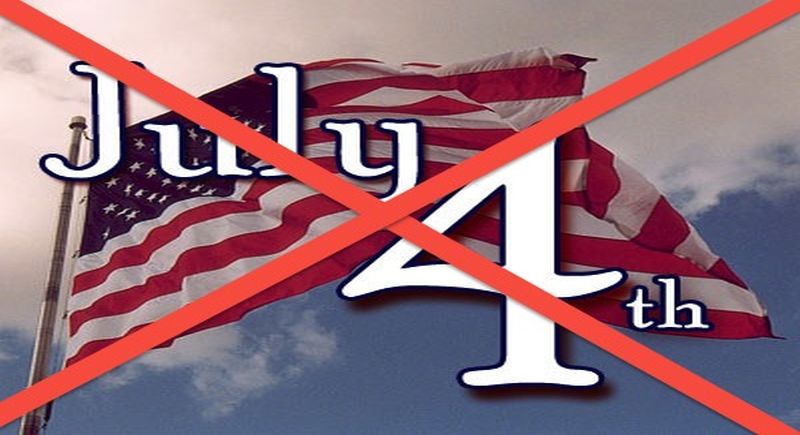 This is a story you have to see to believe.

At the US embassy in Jakarta, Indonesia, American delegates celebrated the fourth of July one month early out of respect for the upcoming Ramadan month, which will begin on June 17 and last for one month.

In a mind-boggling gesture of official US Government dhimmitude, the US Embassy in Jakarta, Indonesia celebrated our sacred Independence Day holiday on June 4, so as to avoid any conflict with the month-long Ramadan celebration.

If you think any Islamic countries – there are 57 of them (not counting ISIS) that count themselves officially Islamic – will move their DC embassy’s celebration of Ramadan to accommodate our Independence holiday, I have some bridges to sell you. …

Officially, embassies are the national territory of the country being represented, not of the host country. So there is no need to accommodate local sensibilities in celebrating our most sacred national holiday. …

This is a moment of national dhimmitude and deep shame. 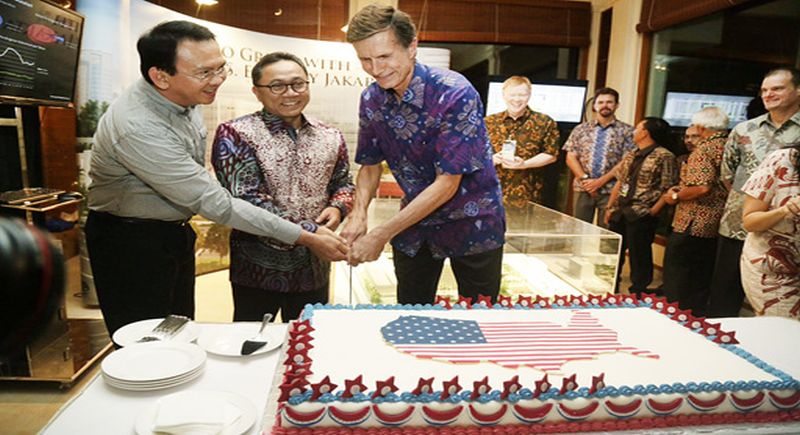 There’s more on the story from Jakarta Post via Pamela Geller and Jihad Watch:

The United States Embassy enjoyed its annual 4th of July celebration on Thursday, June 4, one month early, in order to respect the upcoming Ramadhan month, which will begin on June 17 and last for one month.

Blake explained that the theme of the event leaned toward “green” development, which supported the US’ focus on building and promoting a green economy and more environmentally sustainable development.

He also praised Indonesia’s performance as a fully functioning democracy, aiming for further collaboration between the two countries in the years to come.

“The US will continue to support Indonesia in the future through its democratic achievements. Democracy is an American value which we have championed since [the country’s birth in] 1776,” Blake told the crowd during the festivities at his residence near Taman Suropati, Central Jakarta, on Thursday.

He added that moving the 4th of July celebrations to June 4 was one done out of respect for the upcoming Ramadhan month, which will last from June 17 to July 17. …

Conservatives keep asking if Islamic countries would ever return the favor by changing their calendar to accommodate US and western tradition. By doing so, conservatives hope to point out the hypocrisy of the recent move.

But that warrants very little focus and is a waste of breath in my book. Who cares if Islam would consider doing the same?

Each sovereign country is perfectly free to celebrate its own national holidays and religious observances in its own way, without asking leave of any other.

What really matters is what the United States is prepared to do, and in this case, we’ve decided to once again demur our national identity in favor of international objection and a misplaced sense of political correctness.