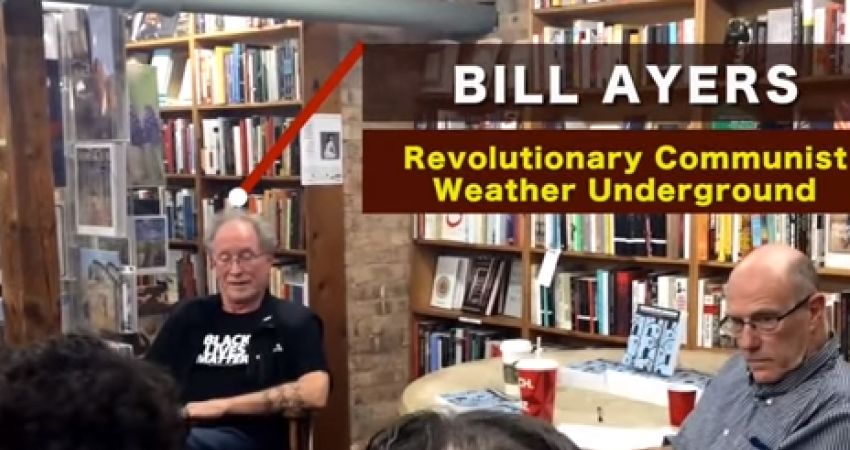 Obama’s favorite domestic terrorist, Bill Ayers, who is credited with launching his political campaign as well as authoring Obama’s first memoir, “Dreams from My Father,” is a communist radical with some pretty far-out, anti-American and anti-freedom views.

One of those extremist views is Bill Ayers’ unconstitutional views on gun control, which sound like something coming out of North Korea or the former USSR, rather than the USA.

Ayers, wearing a “Black Lives Matter” t-shirt, thinks that it’s a great idea if the NRA is indicted by the United Nations.

The comments came at an event promoting the criminal justice reform being pushed by President Obama and the Black Lives Matter movement.

After a question about gun violence in Chicago, a man in the front row suggested one solution would be to “indict the NRA.” It’s unclear how that would solve the high murder rate in Chicago, which has some of the toughest gun control laws in the nation.

Bill Ayers called the idea of a “people’s tribunal” against the NRA “beautiful,” and Bernardine Dohrn nodded in agreement. Both Dorhn and Ayers were leaders in the Weather Underground, a violent offshoot of the Students for a Democratic Society, whose goal was the overthrow of the United States’ government.

Of course, this would be blatantly unconstitutional, as well as a bastardization of American sovereignty. But what the heck, Bill Ayers has never been on America’s side.

Now it’s a “thought crime” to support the Second Amendment of the U.S. Constitution?