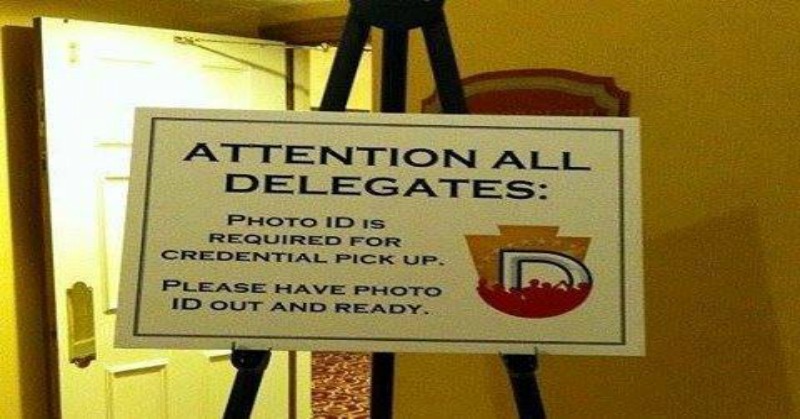 Well, well, well it seems that requiring voter I.D. to actually cast a VOTE in an election is racist, but requiring one to get into the DNC Convention somehow isn’t?

Something as IMPORTANT as voting, where people need to know their vote counts, shouldn’t require identification according to Democrats, but the hypocrites require I.D. for their left wing loon convention?

Is the Democrat Party saying they are INDEED racist?

How can they say it’s racist to require photo I.D. at the voting booth but not at a silly convention?

What’s truly racist is Democrats who believe minorities are too ignorant to have identification: 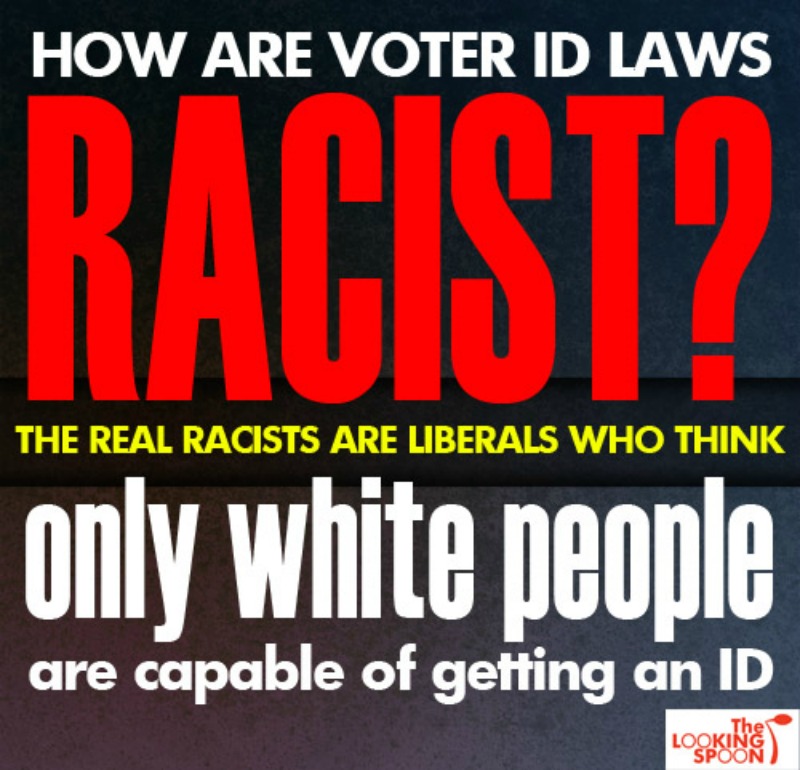 Americans need official forms of identification for a slew of every-day issues they encounter in their lives like driving; buying cold medicine; opening a bank account; going to the doctor’s office (thanks to the racist Obamacare); applying for benefits; buying alcohol and cigarettes and a host of other actions that people partake in on a daily basis.

The photo below is just one example from the left: 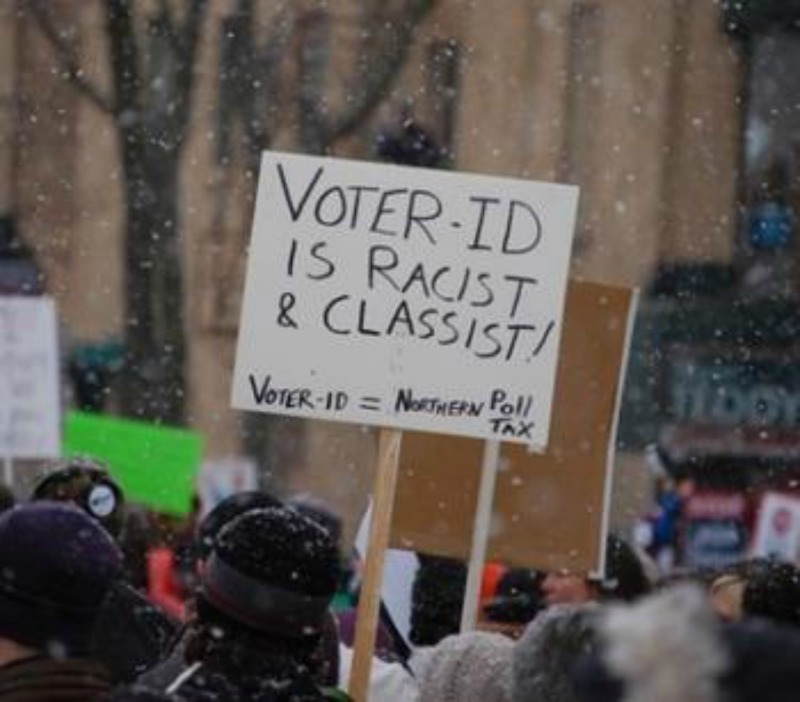 Democrats have worked hard to make it so people do not need identification to vote. Why? Because they have cornered the market on voter fraud, and those dead people must continue to vote Democrat.

Hypocrisy, thy party IS the Democrat Party.