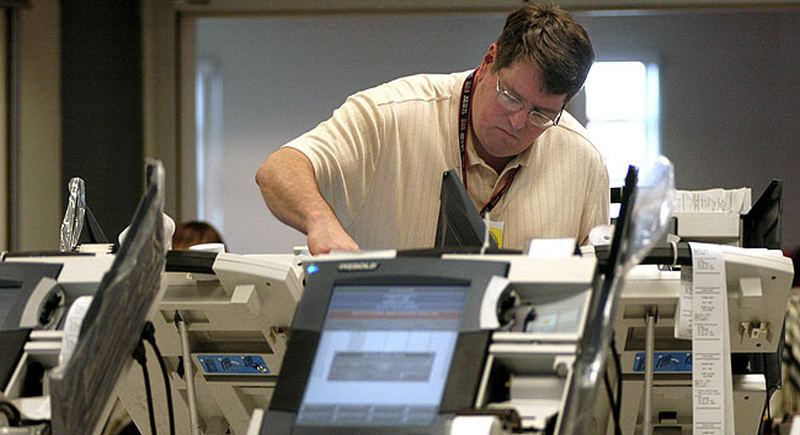 Voting machines that switch Republican votes to Democrats are being reported in Maryland.

“This happened multiple times with multiple selections. Every time my choice flipped from Republican to Democrat. Sometimes it required four or five tries to get the ‘x’ to stay on my real selection,” the Frederick, Md., resident said last week.

“This is happening here as well. It occurred on two candidates on my machine. I am glad I checked. Many voters have reported this here as well,” Hofmann, a Republican, wrote in an email Sunday evening.

Two other Maryland voters reported the same in Anne Arundel County on Friday.

Illinois Republican state representative candidate Jim Moynihan went to the Schaumburg Public Library last Monday to vote for himself. “Instead, it cast the vote for my opponent,” Moynihan told Watchdog.org.

“You could imagine my surprise as the same thing happened with a number of races when I tried to vote for a Republican and the machine registered a vote for a Democrat,” Moynihan said.

He notified the election judge at his polling place and demonstrated that it continued to cast a vote for the opposing candidate’s party. Moynihan was eventually allowed to vote for Republican candidates, including his own race.

Back in Maryland, two voters in Anne Arundel County experienced the same problem: A Diebold touchscreen voting machine switched their Republican votes to Democrats. The voters had to cancel theirs votes and start over.

When you vote next week make 100% certain that your votes are accurate! What do you think of this new development?