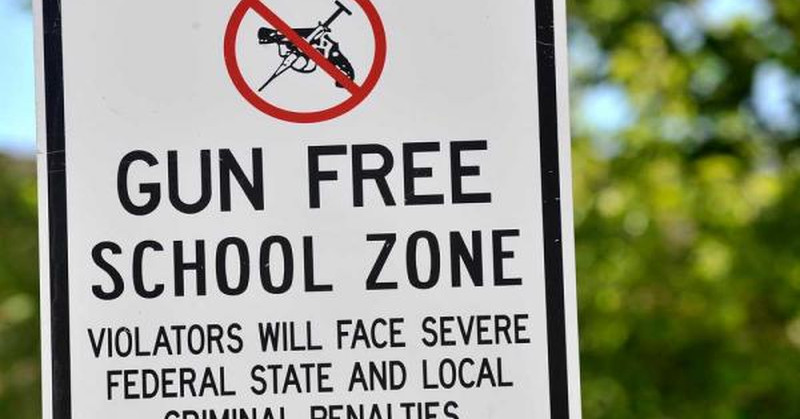 In one of the most awesome pro-gun laws to come down the pike, Tennessee is blaming business owners if they disarm citizens with “gun-free zones.”

If those citizens get injured because they were stripped of their Second Amendment rights, the new law – which goes into effect Friday – allows gun owners to sue the person who set up the “gun free zone.”

Bearing Arms puts it in layman’s terms: Any permit holder injured as a result of being stripped of their right to self-defense, and their handgun, in a posted gun-free zone can file a lawsuit within two years of the event as long as they meet the following requirements:

So if a grocery store in Tennessee banned guns on its property and a robber, or a bear, or a rabid mongoose barged in and killed or injured someone who has a carry permit but were prohibited from carrying his or her gun, they could sue the grocery store owner for damages.

“It is the intent of this section to balance the right of a handgun carry permit holder to carry a firearm in order to exercise the right of self-defense and the ability of a property owner or entity in charge of the property to exercise control over governmental or private property,” the bill states.

The legislation places responsibility on the business or property owner of the gun-free area to protect the gun owner from any incidents that occur with any “invitees,” trespassers and employees found on the property, as well as vicious and wild animals and “defensible man-made and natural hazards.”

This is a great idea and other states should adopt a similar law. If you’re going to disarm Americans, then you bear responsibility for what happens to them.