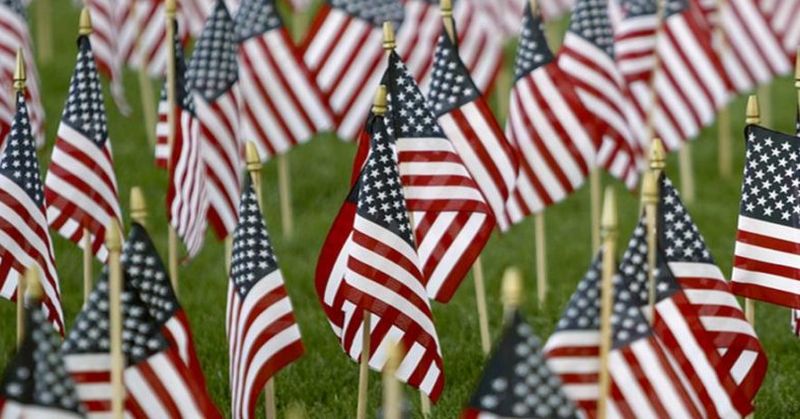 In one of the most glaring examples of media hypocrisy that you will ever see, the Washington Post Editorial Board is using a Memorial Day call for politicians to honor our war dead in order to score cheap points by lashing out at it’s hated nemesis Donald Trump.

The presumptive Republican nominee has long been targeted by imperial Washington’s top newspaper, and despite months of incessant hit pieces and agitprop, they could no easier pierce his skin than they could Godzilla’s.

It has always galled the establishment to no end that what they thought would be their Trump killing meme – that the billionaire iconoclast had blasphemed John McCain’s legendary war heroism – was a dud.

Trump was lured into a trap by longtime party apparatchik Frank Luntz, and the entire political establishment hit him with the savage fury of the airstrike on Colonel Kurtz’s compound during the end credits of Apocalypse Now.

That was last July, and Trump emerged from the barrage unscathed; but so certain is the establishment of their own righteousness that they keep circling the wagons around McCain in the hope that Americans will belatedly wake up and rally to reject Trump.

Today’s screed is entitled “A Memorial Day message to the candidates” from which I excerpt:

The country’s war dead are a kind of closed society, elevated above us by service and sacrifice — in Shakespeare’s words, “a royal fellowship of death.”

We can talk of their courage and sacrifice and make speeches praising their patriotism, but we really have only an inkling of how men (and an increasing number of women) have faced the horrors of combat — and what motivated or compelled them to fight and risk their lives. What we do know is that we have an obligation to honor selflessness and devotion to duty and to ensure that the memory of the dead will not expire with those who bore their loss.

In July, in the early stages of his improbable progress toward the Republican presidential nomination, Donald Trump was asked about his differences with Sen. John McCain (R-Ariz.), whom he had described as a “loser.” The questioner asked if it was appropriate to use such language about “a war hero,” and Mr. Trump replied, “He’s a war hero because he was captured. I like people that weren’t captured.” The answer was childish and flippant, and wholly characteristic of the steady stream of puerile insults, half-truths, untruths and innuendo that make up much of Mr. Trump’s campaign. Like most of us, Mr. Trump has no experience of what people confront in war, though he has made it widely known that he went to a really tough military school for teenage boys.

The entire piece can be read here.

What the establishment failed to understand is that the general public doesn’t view Senator McCain with the same degree of reverence as the denizens of Beltwayland and the sycophants on the Sunday morning news shows do. In his later years, McCain has become a parody of himself.

Whether it be picking fights with Trump and other “wacko birds”, popping up in nearly every global hot spot in order to agitate for war (and more bodies to be honored on future Memorial Days) or most of all running for office, he comes across as unhinged and desperate. Despite some unusually strong opposition this time around, he is nearly a lock to win his sixth U.S. Senate term come November.

While McCain is clearly a charlatan who made his political career off of the time spent inside the hellish bowels of the Hanoi Hilton, he is after all a politician and a certain dismal quality of character is required to persevere in the profession – especially for as long as he has.

It is the media, and particularly the Washington Post, that on this day when America solemnly remembers those who have made the ultimate sacrifice, has chosen to dishonor the war dead in such a callous and disrespectful manner in order to promote a political agenda. Like they couldn’t even take a break from their anti-Trump crusade for one freaking day?

There are only three words that come to mind: shame on you!