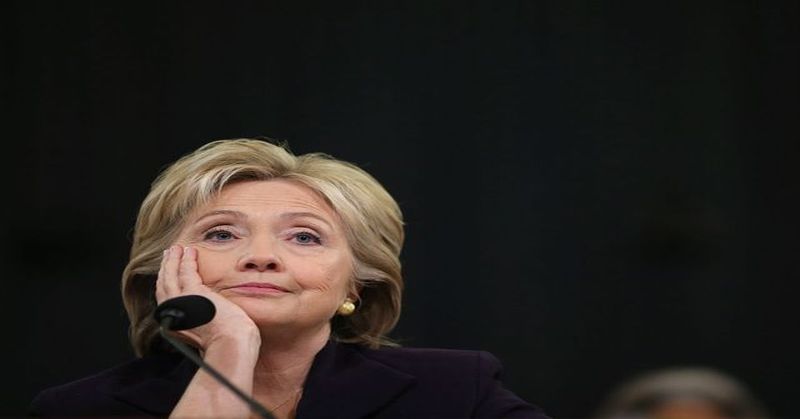 Robert Satiacum, one of 12 members of Washington state’s Democratic delegation to the Electoral College, says even if she wins the Washington popular vote, he won’t vote for Hillary Clinton.

Robert Satiacum, a member of Washington’s Puyallup Tribe, supported Bernie Sanders in the Democratic primary. He said he believes Clinton is a “criminal” who doesn’t care enough about American Indians and “she’s done nothing but flip back and forth.”

He said he has wrestled with what to do, but feels that neither Clinton nor Republican Donald Trump can lead the country.

“She will not get my vote, period,” he said in a phone interview with The Associated Press.

NBC continues to explain how the electoral college works and why Satiacum’s decision really matters:

In all but two states, the winner of the state’s popular vote gets all of the state’s electors. There’s nothing in the Constitution that says the electors are required to vote for a particular candidate, but some states have penalties for so-called “faithless electors.” Satiacum faces a $1,000 fine in Washington if he doesn’t vote for Clinton, but he said he doesn’t care.

Satiacum’s chances of swaying this election are slim, but he hopes his refusal to vote for Clinton will encourage other electors to do the same.

“This is a time we all need to stand up and speak out,” he said during an Associated Press interview.

The Atlantic helps explain how Satiacum’s decision may affect the election:

An extraordinary set of circumstances would be required for Satiacum to change the 2016 election’s outcome by himself. First, Clinton would have to receive exactly 270 electoral votes, the minimum required to capture the presidency. The easiest route to that number would be if Donald Trump won all of the states Mitt Romney won in 2012, plus Ohio, Florida, Colorado, and Iowa.

With 270 votes to Trump’s 268, Clinton would theoretically win by the thinnest possible margin. But if Satiacum then refused to cast his ballot for Clinton, no candidate would have the required majority in the Electoral College. Under the Twelfth Amendment, the Republican-led House of Representatives and Senate would then choose the next president and vice president, respectively.

Could we see more decisions like Satiacum’s from Democratic electors? Will it be enough to sway the election?