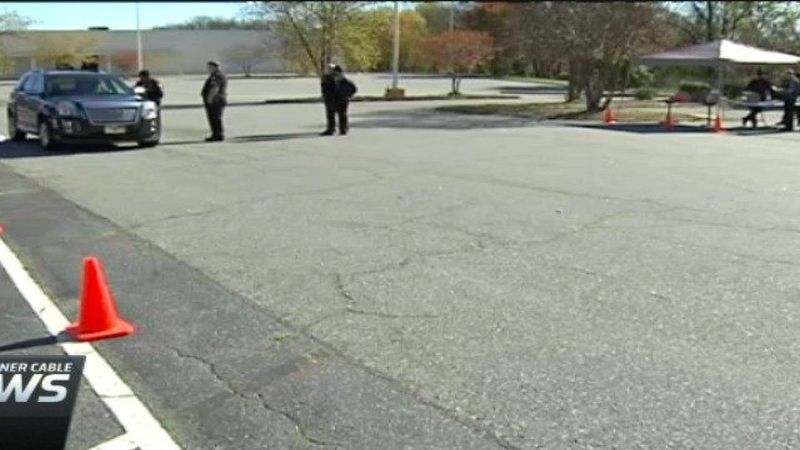 You can only force people to comply with things that they agree with. When they don’t – well, you have to see this to believe it.

Unbelievable. The police department in Greensboro asked for the public to turn in weapons at a non-buy back event in the name of ‘non-violence’. Cue lame fuzzy feel-good music. The best part was that this infringement on rights was an absolute epic FAIL:

Greensboro police are asking at least 1,000 residents of the Gate City to show their commitment to safety by signing a “Pledge of Nonviolence” this Saturday, Nov. 14 at Destiny Christian Center, 2401 Randleman Rd. from 9 am to 3 pm. At the same event, gun owners can safely turn in unwanted firearms from their homes. Police employees will be accepting handguns, rifles, shotguns, and ammunition at the event. This is not a buy-back program. No cash will be given in exchange for weapons voluntarily surrendered to police.

The pledge and the opportunity to turn in weapons are spurred, in part, by an increase in gun violence. This year compared to last, gun violence has increased 68%. The term ‘gun violence’ includes any crimes against people in which weapons were used, and shootings into occupied dwellings. An incident can be classified as gun violence even if no one was injured.

Time Warner Cable News (TWCN) reported on the gun turn-in with a video that showed one knife–complete with a leather sheath–and a BB gun pistol with plastic handles made to resemble the real wood handles on many real handguns. But TWCN reported that “almost 1,000″ people did sign the “Pledge of Nonviolence” which was available to be signed during the event.

Video can be seen here.

I don’t think disarming law abiding citizens is part of their job description. There is no logic in what this police department is trying to do. The police departments purported rationale is illogical. I’m glad I don’t live there.

By the way, I’m also holding such an event at my house next weekend. All gun owners who have unwanted guns please hand them over to me. I will not ask for names and will respect your privacy and anonymity.Kimber Ultra Aegis II

Good people of Greensboro, don’t be fooled or pressured to give in to complete lunacy of not being armed to protect yourself from enemies, foreign or domestic. The Second Amendment is your right. Defend your right to defend yourself.