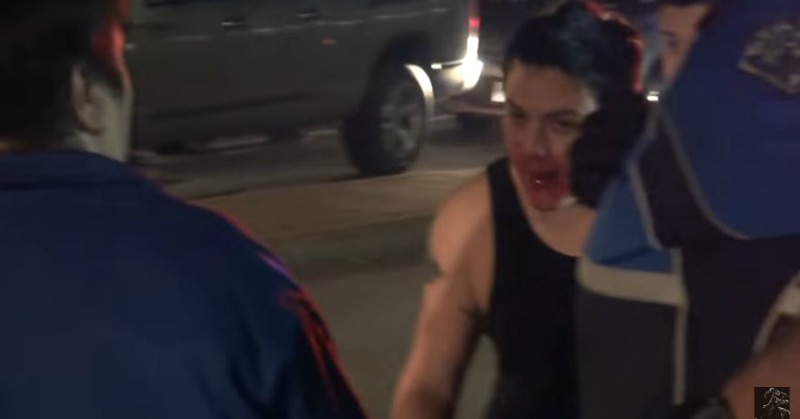 Rioters took to the streets over the weekend to express their anger about the United States finally starting to enforce our laws by cracking down on illegal immigration. During one of the riots in Texas, a group of thugs physically attacked an immigrant.

Video has surfaced documenting the violent protests in Austin, TX over the weekend. Protesters were enraged over the detention of at least 70 Mexican nationals in Austin. Two large groups of protesters descended on the city. According to police the first assault arrest was made around 6:00 p.m.

Video shows the large crowd of protesters surrounding the car of a Mexican national named Luis. Luis is in the United States on a work visa was originally a supporter of the protesters but says he can no longer support their cause after the violent attack telling FOX 7:

“I mean I got kicked in the face. I almost lost consciousness, had to get four stitches outside my cheek, one inside”

If you have any information about the attack please contact local authorities.

You can watch the video below but be forewarned, it is graphic:

As you can see in the video, rioters are waving foreign flags in a prime example of the problem this country has with people here, legally and illegally, that have no intention of assimilating into our culture.

That is a serious problem and one of the first steps to dealing with that has to center on law and order. This lawlessness has to stop.