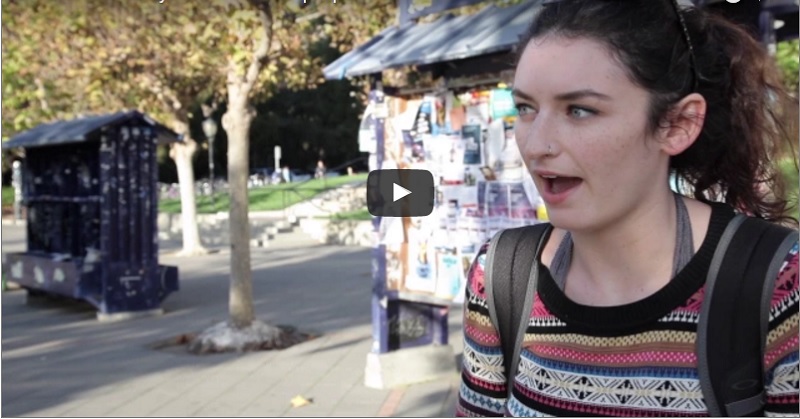 To demonstrate the real racism gurgling inside liberals, radio talk show host Wayne Dupree decided to ask west-coast elitists their opinion of voter ID laws and how they impact voting in the black community.

The Left has repeatedly said that voter identification laws are all about race and disenfranchising black voters.

Black and minorities are allegedly poor, ignorant souls who either don’t know how to get proper identification or simply don’t have any. They don’t have a car, so they don’t have a driver’s license. They use stories like that of “Mrs. Smith,” who, “simply could not navigate the intricate process of procuring a voter ID.

So Dupree decided to send Ami Horowitz out to the streets and find out from the elites why they think voter ID laws are so bad, then to the east cost and ask black people what they think about their hyper-protective fellow Americans. It’s awesome.

READ MORE:
The Atlantic: Voter-Fraud Laws Are All About Race
NewsNinja: White Liberals Feel Minorities Not Smart Enough To Get Voter IDs; Watch These Responses!

Do you have any opinion on Voter ID laws, Horowitz asked one white woman: “Yeah, they’re usually pretty racist and they’re bad.”

“I think Voter ID laws are a way to perpetuate racism,” another woman said.

“Minority voters are less likely to have the kinds of IDs that would be described or required,” another said.

“These types of people don’t live in areas with easy access to DMVs or other place where you can get identification,” one young white person said.

“You have to have access to the Internet and you have to be able to pay an internet service provider,” another man said.

“I feel like [black people] don’t have the knowledge of how [the internet] works,” another said.

Finally, one white person chalked it up to simple black stupidity: “For most of the communities, they don’t know what’s out there. They’re not informed.”

Then Horowitz went to East Harlem and asked them about their experiences with having an ID.

Every one of them had identification. In fact, they didn’t know anyone who didn’t have ID.

Another black person said getting to the DMV was easy if they needed an ID. They all knew where it was.

Finally, Horowitz asked them if the white liberals sounded a bit… racist.

“I think it’s a little racist,” one respondent answered, “because you’re putting people in a category and you have no idea what you’re talking about.”

But ignorance was the word of the day.

“They’re pretty much ignorant,” one black man said. In fact, ignorant was the word most commonly used.

Not a single black person asked said they would have any problem showing their ID.