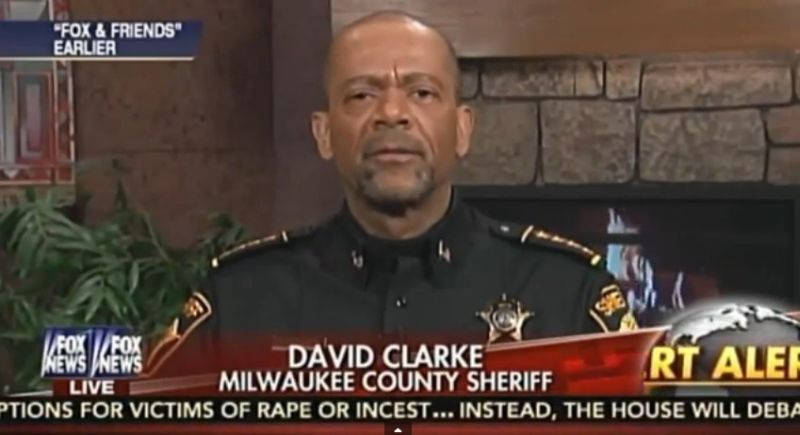 Milwaukee County Sheriff David Clarke has been speaking his mind about the obvious collusion of President Obama, Attorney General Eric Holder and Reverend Al Sharpton’s continual race-baiting and systematic attack on law enforcement and he holds nothing back.

The three have been on a mission to promote racial tension and deepen the chasm of mistrust among ethnic, specifically African-American communities and law enforcement. They have used the shooting of Michael Brown by Officer Darren Wilson in Ferguson, MO as the springboard for federal government overreach into local law enforcement taking control away from cities and municipalities, making it very difficult for officers to do their jobs safely and effectively.

Finally, there is voice who is unafraid to go up against these guys and speak the truth. Enter Milwaukee County Sheriff David Clarke who has been making the media rounds.

“The grand jury in Ferguson, Missouri, got it right. Officer Wilson has been exonerated. The thing I want to know is how does he get his reputation back?” 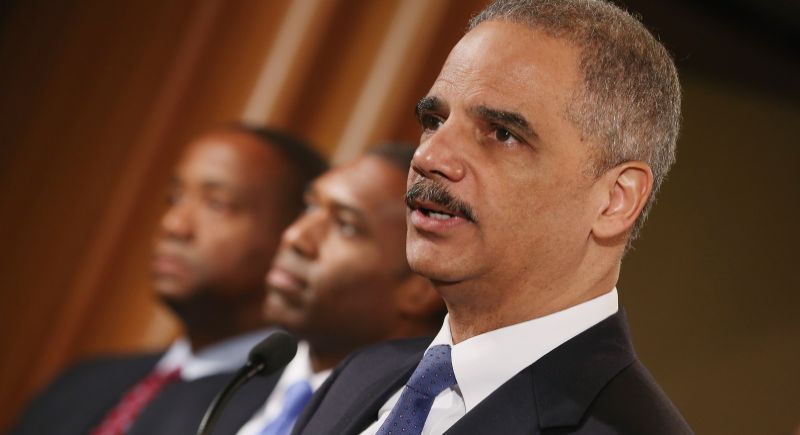 On the role Eric Holder played:

Host Steve Doocy: “You said you feel that Eric Holder is guilty of race-baiting, why?”

Sheriff Clarke: “Just take a look at his history here. This isn’t the first time that he has done this sort of thing. He sat up there for a month just slandering law enforcement all across the nation.

“He is the one in Ferguson, Missouri who brought up the racial profiling term and that we were going to end racial profiling once and for all. He invoked this thing when that was never any part of what happened in the tragedy of Officer Darren Wilson and Mike Brown.

“This is kind of habit now for this justice department under Holder and I think it is a shame.” 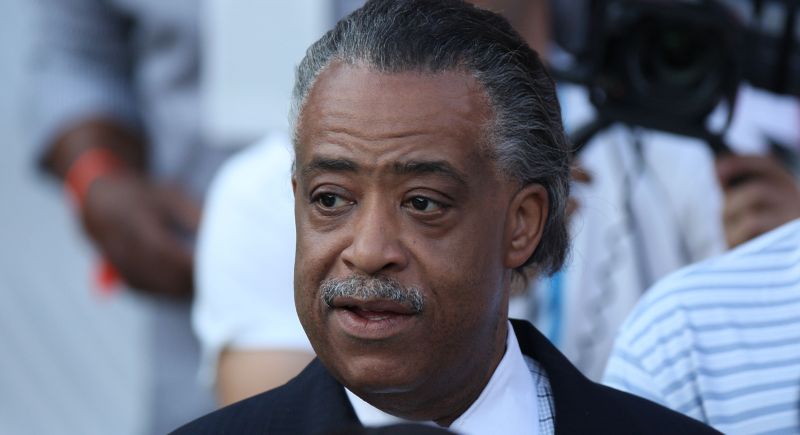 On the Reverend Al Sharpton who in one of his speeches during Ferguson asked “How many people have to die before people understand that this is not an illusion? This is the reality that America has got to come to terms with… We are going to freeze out police brutality in this country.”

“I don’t expect anything intelligent to come out of the mouth of Al Sharpton. We know he is a charlatan. Al Sharpton ought to go back into the gutter he came from. The police officer is owed a lot from him, Eric Holder and the President of the United States.” 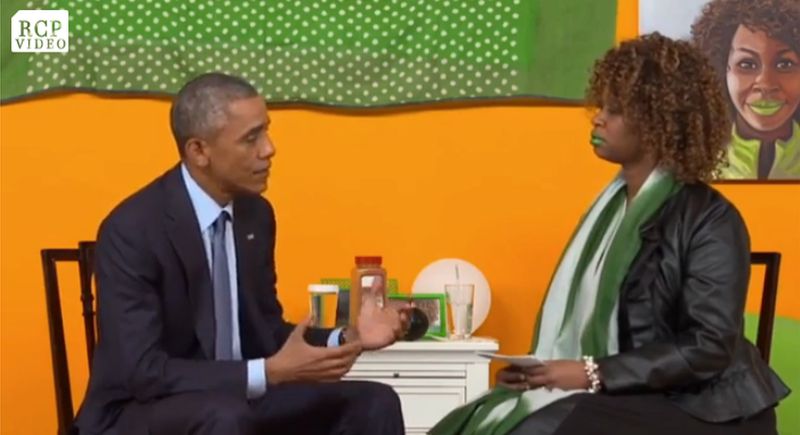 President Obama is also completely culpable in the race-baiting and stoking the embers of mistrust.

On Thursday President Obama told YouTube personality GloZell Green that police need to be better trained so they “Can be aware of their biases ahead of time,” Real Clear Politics reported.

“We always just have to remind ourselves that the overwhelming majority of police officers, they are doing a really tough job and they are doing it well and they are doing it professionally. What we also know is that there is still biases in our society that in split-second situations, where people have to make quick decisions, that studies have shown that African-American males are seen as more threatening which puts them in more vulnerable positions,” Obama said.

“So a lot of the way to solve this is to improve training so people can be aware of their biases ahead of time,” Obama also said.

In reaction to these statements Sheriff Clarke had some strong words on Fox News’ Your World with Neil Cavuto:

Host Neil Cavuto: Just as things are calming down, the Milwaukee County Sheriff David Clarke who says the president would talk like that kind of keeps stirring up the pot. You don’t like that. What is he saying wrong you didn’t like?

Sheriff Clarke: Well, the convoluted message. Why can’t he just stop when he says the overwhelming majority of law enforcement officers go out and do a great job, period, the end. And then he goes and makes the statement about police officers have problems or target people who don’t look like them, and that’s a myth. He said there are studies. There are no studies that suggest that.

Cavuto: Now, do you think he is trying to have it both ways, though? By that I mean he is trying to say, look, the problem exists, I don’t think it’s the case with most policemen but if that doesn’t solve it for anyone, you’re offending both groups in that sense.

Amen to all of it! It is so refreshing hearing someone speaking the truth about these issues and to not shy away from naming the real culprits and their contributions to this very sad state of affairs. Do you agree with Sheriff Clarke?