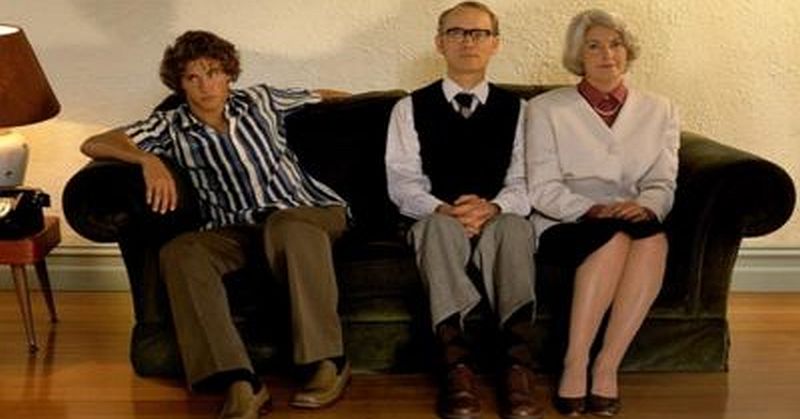 Remember when Obama said he was going to “fundamentally change America?” Well, here is just another example of how successful he has been.

A new report finds Obama’s economy has been so bad that the number of people under 35 still living at home with their parents has skyrocketed.

In fact, it is worse than skyrocketing. For the first time in modern history more young people still live with their parents into their late 20’s and early 30’s than ever before recorded. 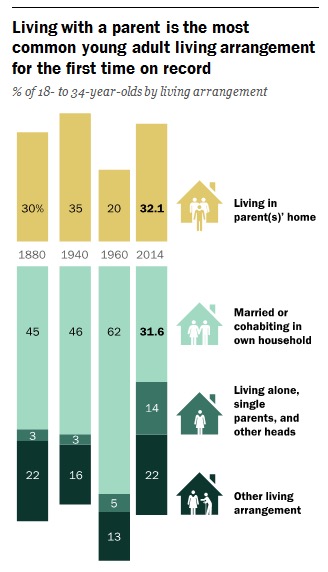 As Market Watch reported today, for the first time in over 130 years Americans aged 18 to 34 are now more likely to be still living with their parents than living in any other kind of arrangement (including living with a spouse).

As the Pew Research Center noted in a new survey, “Broad demographic shifts in marital status, educational attainment and employment have transformed the way young adults in the U.S. are living.”

The Pew Center survey looked at data going back all the way to 1880, amazingly enough.

Pew found that by 2014, only 31.6% of people under 35 were married and living with a spouse, a number that fell just below the number still living with their parents (32.1%). About 14% of young adults lived alone or as a single parent or with friends. Finally, 22% lived in the home of a family member, a non-relative, or in group quarters (such as college dormitories).

And this was most disturbing of all: young men were far more likely to be living with Mommy and Daddy than with a spouse or girlfriend.

“This turn of events is fueled primarily by the dramatic drop in the share of young Americans who are choosing to settle down romantically before age 35,” Pew wrote. “Dating back to 1880, the most common living arrangement among young adults has been living with a romantic partner, whether a spouse or a significant other.”

The highest number of younger people living on their own was realized in 1960 when 62% of 18- to 34-year-olds were living outside their parents’ or relatives’ homes. The number has been falling since, but has taken a major dip in the last few years during the era of Obama.

The only time more young people were still living with their parents was at the height of the Great Depression. And even then the number was only just under 3 percent higher than today’s stats.

What we have here is a confluence of problems. We have young men being brought up to avoid marriage and to wallow in Peter Pan syndrome well into their 30’s imagining they are still “young” enough to keep playing video games, worrying about music and movies, and going out partying instead of finding a good woman and starting a family.

But it isn’t just that. We are also seeing the fact that many university degrees aren’t worth the paper they are printed on and graduates are finding the massive education debt they’ve incurred just hasn’t been worth it; not to mention the poor jobs climate in the era of Obama.

We are seeing the decline of America, folks. Obama has, indeed, fundamentally transformed America.