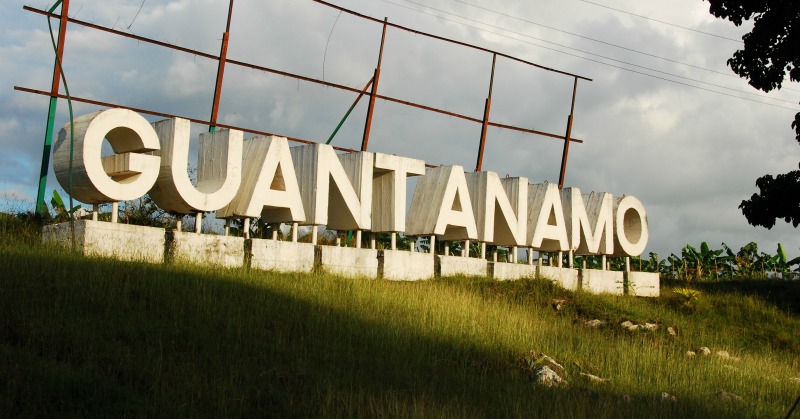 President Obama’s foreign policy has consisted of one massive blunder after another. This latest development is just par for the course…

The Washington Examiner reported that on Friday, White House Press Secretary Josh Earnest would not confirm whether or not the Obama administration is paying countries to take the military prison detainees at Guantanamo Bay, Cuba that are being released.

Obama has gained enormous criticism from those on the right for his decision to empty out and eventually close Gitmo, which houses some of the most dangerous terrorists.

The Examiner reported that scholars have speculated that the transfer of prisoners from Gitmo to other countries comes at a hefty price. It doesn’t appear to be easy to convince countries to take extremely dangerous criminals. Shocking, isn’t it?

When pressed with the issue, Earnest refused to concede whether or not the Obama administration paid countries to take Gitmo criminals. Earnest would only admit that there have been “extensive diplomatic discussions.”

As the Examiner reported, just last month the United Arab Emirates accepted fifteen Gitmo detainees, as Obama moves toward completely emptying out the prison in an attempt to fulfill one of his campaign promises.

The only thing that is transparent about the Obama administration is the damage they’ve done to the country over the past eight years.

Obama isn’t just transferring detainees, either. As The Hill reported based on a report from the Obama administration, detainees released from Gitmo in Obama’s haste (as well as President George W. Bush’s, for that matter) have been suspected of going right back to terrorism — with some cases confirmed:

“Of the 144 detainees released under Obama, the number now confirmed to be back in the fight is seven, according to the report from the Office of the Director of National Intelligence. The number of Obama-era releases suspected of re-engaging is now 12.

In addition, one more former detainee who was released under President George W. Bush is now suspected of rejoining the fight.

Overall, 118 of the 676 prisoners released under both presidents are confirmed to have participated in terrorism, while another 86 are suspected.”

While Obama has done many reckless things, this could easily be one of the worst. Obama isn’t just releasing terrorists and transferring them around the world, he may well be having taxpayers foot the bill for it.