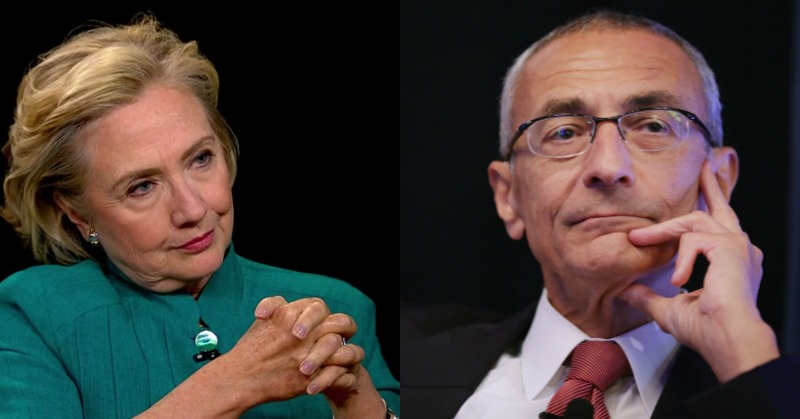 We have reported extensively about Soros’ deep influence in American politics and governance, and this adds to the list of alarming revelations.

Podesta responded to Stone’s email with a simple “yup.” This quick exchange made it clear how important these leaked emails are in exposing how dangerous a Clinton administration would be.

This email also provided more evidence that this election is a critical turning point. Refusing to vote for GOP presidential nominee Donald Trump ensures that Scalia’s replacement will very likely be a left-wing, progressive globalist with the stamp of approval from the likes of Soros.

Clinton has also made it abundantly clear that she has nothing but disdain for the Constitution. If she is elected, she will use executive orders to push through her dangerous and destructive agenda.

She will do the bidding of globalist elitists who want open borders and to destroy national sovereignty. If you want the Constitution upheld, you cannot allow Clinton to be elected.

Soros has worked to undermine this country extensively via his Open Society Foundations: massive increases in refugee resettlement, open borders, nationalized police forces, support of Black Lives Matter in an effort to deepen racial tension in the country, etc.

This is the man that has the ear of Clinton and her campaign. Clinton’s platform — what she’s made public — is already terrifying enough. This email is a reminder of how close Soros would be to the president if Clinton should be elected.

Of course, it’s important to vote for down-ballot candidates that will rein in Clinton, or Trump should he need to be. But it’s naive to think that will be enough to stop Clinton’s actions.

It won’t be, and there’s just no denying that Trump would be infinitely better than Clinton — regardless of your feelings about him.

This election is about the people vs. the globalists, and if we don’t fight back now, this country may go so far down the rabbit hole that there’s no turning back.