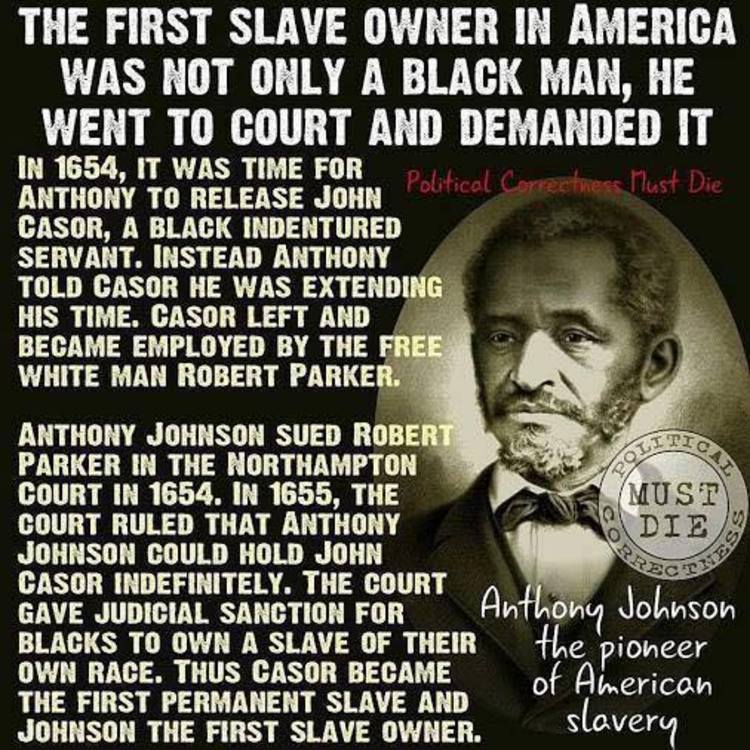 Maybe the propaganda spouted by the Black Lives Matter crowd isn’t as founded as they think. Turns out, the first slave owner in America was BLACK.

Talk about a little perspective. But of course, BLM won’t take history seriously, because they don’t think it matters. That is, unless, it can be made to look everyone else look racist.

Now, they’ve declared the entire process of policing is racist from the start.

After one of the officers involved in the death of Freddie Gray was acquitted, Morgan State University Professor Lawrence Brown went completely off the deep end.

Appearing on MSNBC, Brown said the entire criminal justice system is not designed to bring justice for victims like Freddie.

The Host, Tamron Hall asked Brown: “What do you expect the reaction to be now that you have on hung jury and now this acquittal from the judge in this case?”

“Well, I think you’ll have an increasing sense of really frustration against the criminal justice system here,” Brown said. “You mentioned that there was an African-American judge. We have a black mayor. We had a black policeman but you know, American policing was founded on slave patrols.”

“This system of policing has been always exacting disproportionate violence against African-Americans throughout the history of this country. So I don’t think that people here who are living in the communities where there’s a high level of police aggression, a high level of police brutality, they’re not going to be happy with this,” Brown said. “[T]here’s going to have to be a lot of discussions about the criminal justice system right here in Baltimore, Maryland, whether or not it can in fact deliver justice for people living in disinvested Red Line, black communities.”

Hall asked if it was some kind of a conspiracy to target black people.

“No, it doesn’t have to be a conspiracy. It is the way the system is designed,” Brown replied. “Remember, we’re talking about Supreme Court decisions. We’re talking about laws and legal structures. So regardless of the people that you put in place, this system is not designed to work with or work for the interests of people living in disinvested Red Line, black communities. The people you’re talking about have a higher level of class, a higher level standard of living. But for poor African-Americans living in disinvested Red Line, black communities, this system isn’t designed to work for them and I think many of us are very clear about that today.”