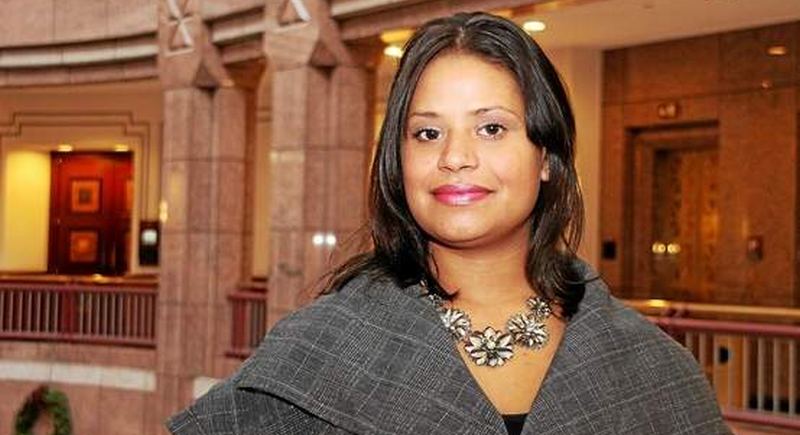 But I thought voter fraud was a myth fabricated by racist conservatives who want to deny minorities their right to vote?

Via the New Haven Register:

Ayala, 31, is accused of voting in local and state elections in districts she did not live, the Chief State’s Attorney’s Office said in a press release.

The arrest warrant affidavit also alleges Ayala provided fabricated evidence to state Election Enforcement Commission investigators that showed she lived at an address in a district where she voted while actually living outside the district, according to the release.

Ayala, who represents the 128th District, was elected in 2012, replacing her cousin, Andres Ayala, who was elected to the state Senate. She chose to run for reelection earlier this year, despite the voting fraud investigation, but lost a four-way primary in August.

The Elections Enforcement Commission referred the case to the Office of the Chief State’s Attorney in October 2013, recommending criminal charges.

Ayala allegedly voted in various Bridgeport Democratic Town Committee elections, a municipal primary election and a state primary election between 2009 and 2012 in districts inconsistent with the location of her residence, according to the release. She is also accused of voting in the Bridgeport state general election in 2012 in a district where she didn’t live.

Ayala faces the possibility of decades in prison if convicted on all charges as “fraudulent voting is a felony punishable by not less than one year or more than two years in prison and a fine of $300 to $500 per count” and primary or enrollment violations and tampering with or fabricating physical evidence comes with a “maximum prison sentence of up to five years per count,” according to the Register.

This is not her first experience with the criminal justice system either.

Roughly two years ago, Ayala was fined for her involvement in a hit-and-run car accident. She later faced domestic violence charges after she got into a fight with her boyfriend, but they were dropped when she completed required counseling.

If Ayala was a Republican this would be the top story for the next two weeks, but since she’s a Democrat don’t expect to see this story on ABC, CBS, NBC, CNN or any other mainstream outlet.