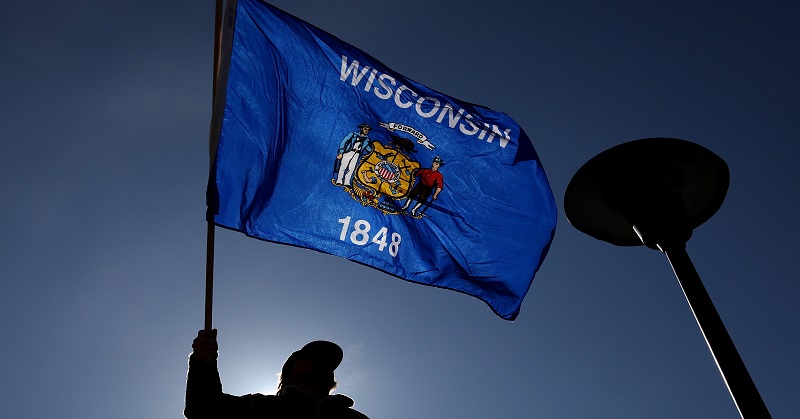 After the Republican and Democratic national conventions, this presidential election cycle has been fairly predictable–we know Hillary Clinton will dance around her missteps with rationalizations, justifications, and explanations (while highlighting that throughout her career, she helped children) and Donald Trump–well, we know that we’ll never know exactly what he is going to say.

States will fall in the electoral fashion they usually do. But, according to recent trends, Wisconsin might become the wild card Trump needs for a winning hand to the White House.

Blue-leaning Wisconsin, where Hillary Clinton held a 15-point lead in early August, has opened the door and welcomed the Donald. While Hillary’s campaign focused on securing the Keystone state of Pennsylvania, the two presidential candidates are now in a “statistical dead heat” in the cheese state.

Related: Trump Talks “Law And Order” in Milwaukee, SURGES In the Polls

Pennsylvania, with its 20 electoral votes, was supposed to be the Blue-leaning state that could make or break Donald Trump’s bid for the White House.

The theory was that Trump would hold most or all of the states captured by Mitt Romney in 2012, add traditional battleground states Ohio and Florida, and then expand the map to capture the Keystone State, which Romney only lost by 5 points.

It may not happen that way. The former First Lady has opened up campaign offices all over the state, has outspent Trump on advertising by a huge margin, and enjoys the support of influential surrogates like former governor Ed Rendell. She’s also had President Obama and Vice President Biden stumping for her…

…But Trump may not need Pennsylvania. With Hillary expending so much capital to try to turn that state into her firewall, the billionaire real estate mogul has been able to make steady inroads in a number of other Blue-leaning states where the GOP controls the statehouses and Hillary’s ground operation is weaker.

So what is it about Wisconsin that has them leaning Trump’s way?

First and foremost, Wisconsin has a sitting Republican governor–in fact, seven of Wisconsin’s last eight governors have hailed from the Republican party.

And, most importantly, Wisconsin residents are likely to respond to Trump’s focus on the depressed manufacturing industry as it dominants the “economic sector, and though job losses have not been as severe as elsewhere, they have come at a steep price: severely depressed wages. And these jobs are clearly linked to free trade competition, especially from NAFTA, and to immigration, just as Trump has suggested.”

As the Clinton campaign panders to the Keystone state with Obama and Biden’s presidential stump speeches and expensive advertisements, Trump carries a real message that resonates with Wisconsin’s working-class voters.

I’d take a revitalization of industry over a Biden speech any day.