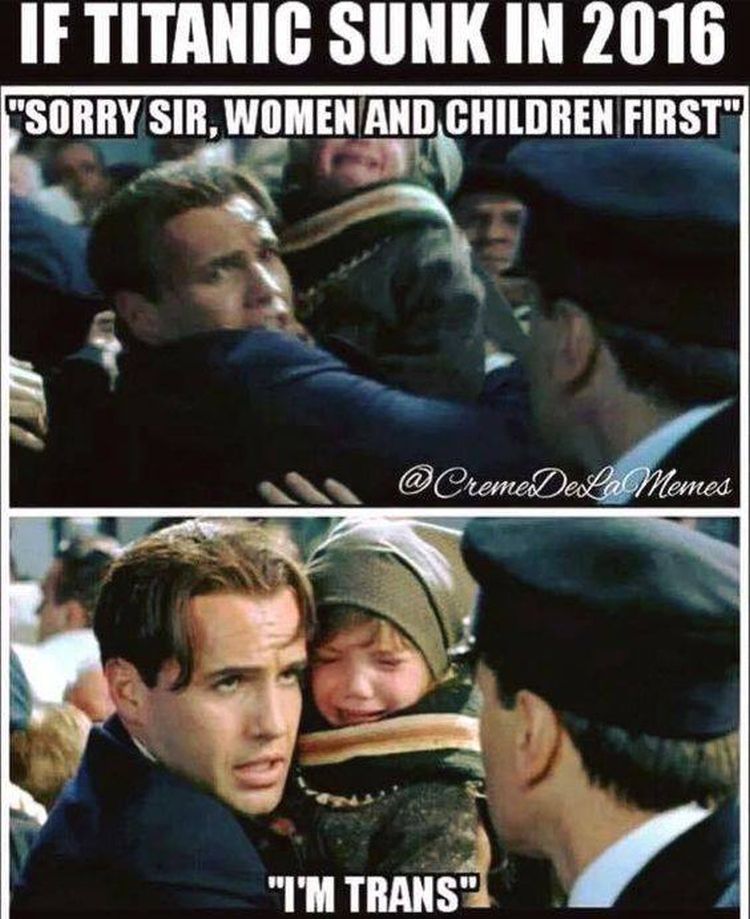 This is too hilarious, probably because we can imagine it ACTUALLY happening. Even doctors are calling BS on this liberal ‘norm’.
This is sure to enrage liberals:

A Johns Hopkins psychiatrist and noted scholar is dismissing transgenders like Bruce/Caitlyn Jenner as “normal” or even “healthy,” but rather deeply troubled individuals who desperately need help.

Dr. Paul R. McHugh is the Distinguished Service Professor of Psychiatry at Johns Hopkins who has been studying people who claim to be transgender for 40 years. He spent 26 years as the chief of psychiatry at the hospital. He has written an article in “Public Discourse” that lais bare the cultural belief that “sex” and “gender” are as changeable as underwear. The hospital was a pioneer in sex-reassignment surgery but stopped the practice decades ago when they discovered it did more harm than good. 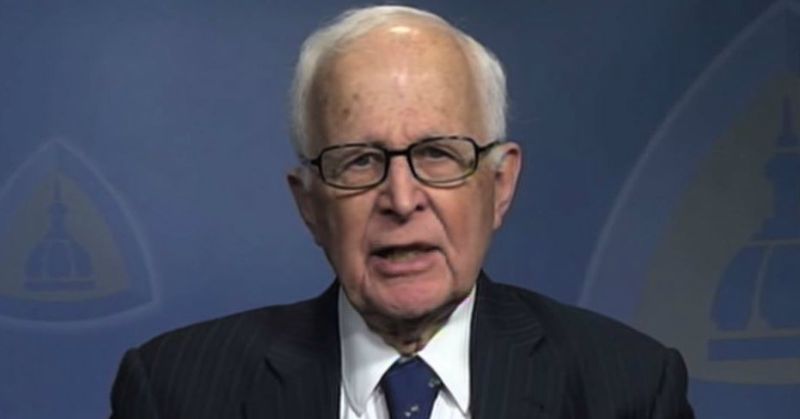 McHugh wants us not to buy into the notion that these new, changeable forms of “sex” and “gender” are changeable.

Notions of “gender non-conformity,” trans-genderism” and other “gender-bending” tendencies are far from normal. Rather they’re evidence of a psychiatric term recognized as “gender dysphoria” that needs treatment, not surgery and cheerful acceptance, he says.

Transgendered men do not become women, nor do transgendered women become men. All (including Bruce Jenner) become feminized men or masculinized women, counterfeits or impersonators of the sex with which they “identify.” In that lies their problematic future.

When “the tumult and shouting dies,” it proves not easy nor wise to live in a counterfeit sexual garb. The most thorough follow-up of sex-reassigned people—extending over thirty years and conducted in Sweden, where the culture is strongly supportive of the transgendered—documents their lifelong mental unrest. Ten to fifteen years after surgical reassignment, the suicide rate of those who had undergone sex-reassignment surgery rose to twenty times that of comparable peers.

The real term for the condition that Jenner and others suffer from is “gender dysphoria.”

In fact, gender dysphoria—the official psychiatric term for feeling oneself to be of the opposite sex—belongs in the family of similarly disordered assumptions about the body, such as anorexia nervosa and body dysmorphic disorder. Its treatment should not be directed at the body as with surgery and hormones any more than one treats obesity-fearing anorexic patients with liposuction. The treatment should strive to correct the false, problematic nature of the assumption and to resolve the psychosocial conflicts provoking it. With youngsters, this is best done in family therapy.

The larger issue is the meme itself. The idea that one’s sex is fluid and a matter open to choice runs unquestioned through our culture and is reflected everywhere in the media, the theater, the classroom, and in many medical clinics. It has taken on cult-like features: its own special lingo, internet chat rooms providing slick answers to new recruits, and clubs for easy access to dresses and styles supporting the sex change. It is doing much damage to families, adolescents, and children and should be confronted as an opinion without biological foundation wherever it emerges.

But gird your loins if you would confront this matter. Hell hath no fury like a vested interest masquerading as a moral principle.

This will not go over well with liberals and other LGBT activists, who want us to believe that ones biological sex is as changeable as switching out some parts like changing tires in a care. The truth is that it is far more complex than cutting off a penis or implanting silicone breasts. And the victims of today’s accommodating culture, like Jenner, are in for a genuine psychological breakdown when they discover that deep inside, they’re still the person they were born as.