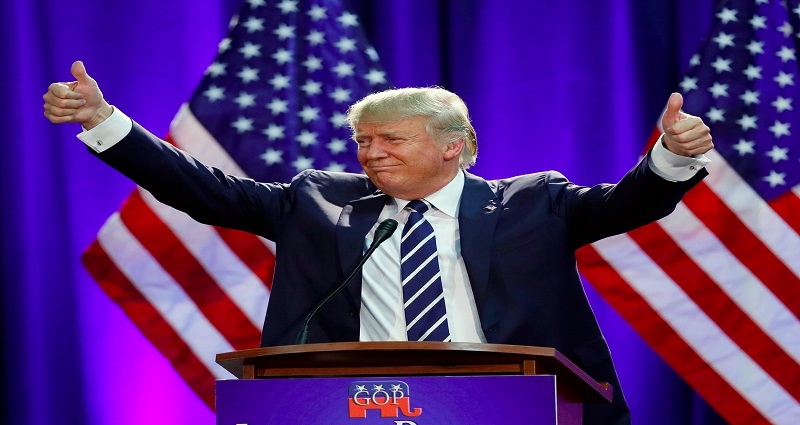 Trump is the projected winner of the battleground state of Florida’s presidential race. 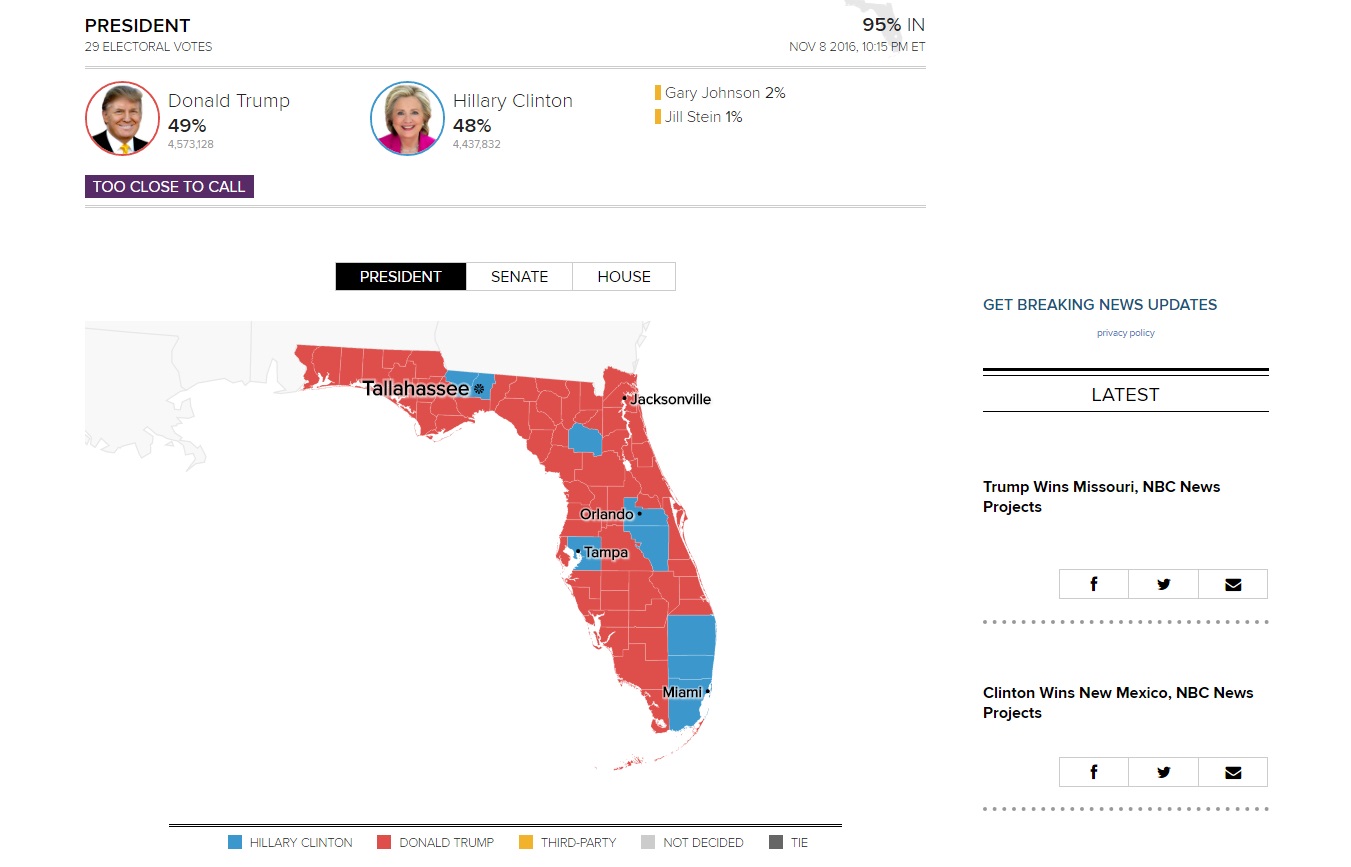 The GOP nominee spent a significant amount of time campaigning in Florida, where he has holds prestigious property, including his Mar-a-lago estate in West Palm Beach.

He has proclaimed Florida, with its 29 crucial electoral votes, as a must win to achieving 270 delegates and winning the presidency, which is why he spent Monday and all of last Wednesday campaigning throughout the state.

Florida was crucial to Trump’s primary victory, where he stunningly defeated Sen. Marco Rubio, prompting the Florida Senator to suspend his campaign.

The Sunshine State voted for President Obama in the previous two elections.

As of 9:30 pm, The New York Times predicts Trump of having a 54 percent chance of winning the presidency.