“We’re going to continue to embrace our belief in diversity and inclusion — just how important that is to our company,” CEO Brian Cornell said on CNBC’s “Squawk Box” this Wednesday, according to Breitbart.

“We’ve had a long history embracing diversity and inclusion,” he continued. “A couple weeks ago, one of our team members sent me a note reminding me that if we went back to the mid-60s, our company was one of the very first to use African-American models in their advertising, and back then, it wasn’t well received.”

Yeah, okay, but discriminating against blacks for being black is quite different from “discriminating” against men who think they are women, you know?

Regardless, Target’s stock opened at $77.06 Wednesday morning and closed at $75.68. Prior to Target’s announcement on April 19 that it would implement a bathroom free-for-all, its stock price was approaching a high of $84. Ever since the announcement, however, the stock has steadily been dropping. 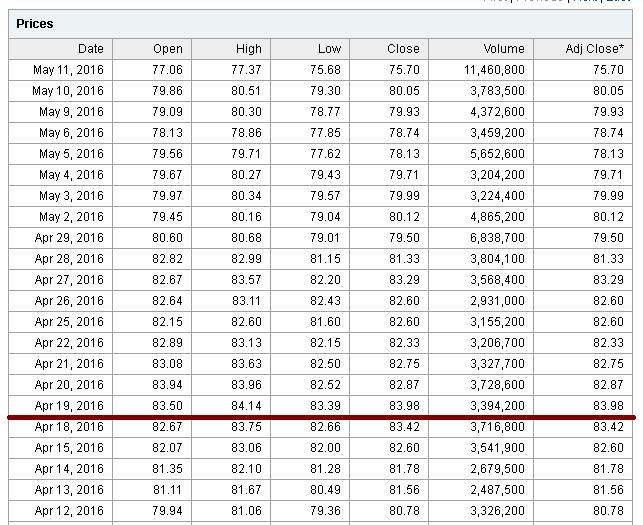 Additionally, the petition by the American Family Association to boycott Target is up to 1.2 million signatures and only growing as the days tick by.

“We had a lot of tough feedback [since we made the announcement], but sitting here today, we know we made the right decision,” Cornell concluded.

Eh, methinks most Americans disagree with you, Mr. Cornell, but hey, if you want to keep your transgender bathrooms intact for the sake of so-called “diversity,” so be it …

Just don’t you dare complain when the repercussions hit you like a hurricane!