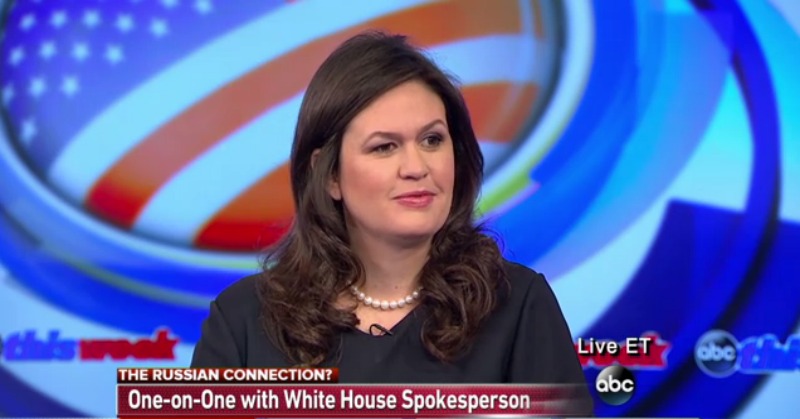 It’s no secret that Obama dislikes Trump, and his even spied on German Chancellor Angela Merkel who is supposed to be our friend. Knowing that, is it really beyond the realm of possibility that he went out of his way to track Trump’s interactions?

According to Sanders, it’s not only possible, but likely there was some fishy activity given Obama’s sketchy track record on the 4th Amendment.

“Well, I think, they don’t have the best track record. They said they had a cardinal rule, well frankly that’s just not true. The president himself got directly involved when it came to the email scandal with Hillary Clinton. All we’re saying is let’s take a closer look. Let’s look into this. If this happened, if this is accurate, this is the biggest overreach and the biggest scandal.”

She’s exactly right, Obama can’t exactly be trusted on things like this. If it did happen, though, Trump is going to need to prove Obama’s guilt. I hope that this breach of privacy didn’t actually take place, but if it did the American people need to be made aware of it.