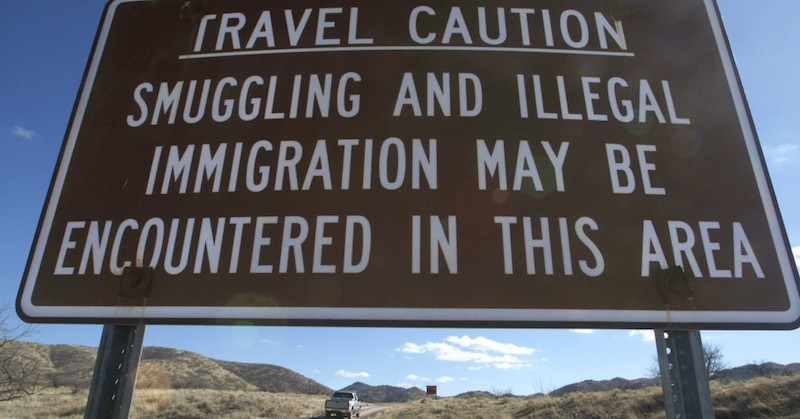 The Obama Administration was desperate to hide their lies.

For years, Homeland Security has told the American people that 80 percent – four out of five – illegal border crossers are actually caught – a statistic that suggests our border patrol is working.

But when Congress demanded a report confirming that number, it showed that only about half of all adults trying to sneak in are actually caught. So the White House did everything they could to hide the report.

The report was requested as part of the 2016 Omnibus Bill, but so far has been shrouded in secrecy. It’s only been actually viewed by a select few administration officials and the White House Domestic Policy Council ordered that the report not be released to Congress, Fox News is reporting.

The study was written by analysts from DHS and the outside firm Institute for Defense Analyses, and is the most extensive survey of illegal activity and U.S. enforcement at the southwest border to date. Researchers went to the southwest border three times over 9 months and conducted independent surveys of Mexican migrants caught by the Border Patrol. They also reviewed Border Patrol intelligence, internal DHS records, apprehensions at ports of entry and detention records. The report was peer reviewed by a number of experts.

The report completely contradicts the Obama Administration’s claim that the border is secure and its claim that we are catching almost all illegal border crossers.

It is concerning, but not surprising, that the Obama administration has kept secret this credible research, said Jessica Vaughan, director of policy research for the Center for Immigration Studies.

Interestingly, despite the massive deception, the report does show some pretty good news. The actual number of illegal entrants has dropped from more than 3 million per year as recently as ten years ago, down to about 250,000 last year.

The numbers are down mainly due to economic factors and the increased penalties for being caught crossing.

“Any suggestion that DHS is delaying release of a report on new border enforcement measures for political reasons is false,” a DHS spokesperson told Fox News. “To the contrary, at Secretary Johnson’s direction, DHS has been making significant progress in the development of such measures. At this point, however, the work is still preliminary and requires further refinement, to ensure the new measures are accurate and reliable.

“The November 2015 report purportedly obtained by Fox News is one building block provided by a research organization DHS has been working with to develop these measures,” the spokesperson added.